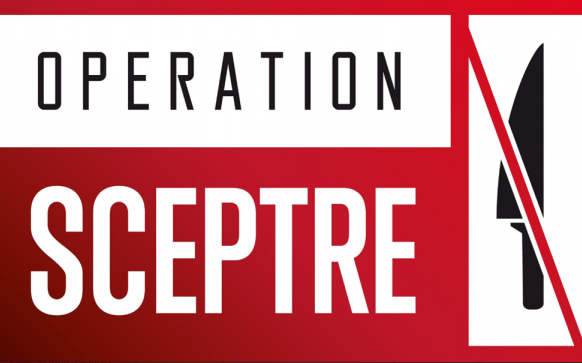 Suffolk police have been working proactively across the county during Operation Sceptre, a national anti-knife crime campaign, which took place this month.

Officers made nine arrests during the week-long initiative under the banner of “Let’s work together to beat knife crime”.

Education played an important part in the campaign. Police attended 29 school and college events, alerting more than 3,000 young people to the threat of knife crime, County Lines and drug gangs. A further eight community events were held, and visits to retailers and homes undertaken.

Seven high-visibility public weapons sweeps were also carried out by police teams across the county.

Sergeant Andrew Kirk said: “This latest week of action underlined our commitment to tackle knife-related crime in Suffolk. We have always believed that intervention is key and we spoke to thousands of children and adults in a number of local communities to get our message across.

“We used the opportunity to raise awareness of knife crime to schools, businesses and parents all over the county and while Operation Sceptre had many successful outcomes we realise tackling the issue is a year-round challenge.”

A total of 924 knives, and three firearms, were put in the county’s knife amnesty bins during the week.

There are bins in Ipswich, Stowmarket, Lowestoft, Bury St Edmunds, Mildenhall, Sudbury and Haverhill. Further details about these and information on how we are tackling knife crime can be found on the Suffolk Police website www.suffolk.police.uk.

Suffolk’s Police and Crime Commissioner Tim Passmore said: “I’d like to commend the Constabulary for their crime prevention work as part of Operation Sceptre.

“This national focus gives the Constabulary a valuable opportunity to raise awareness of the dangers of knife crime with schools, businesses and parents.  Talking about the implications of carrying a knife – both at home and at school – is crucially important to educate and protect our people.

“Knife crime is an increasing problem nationally and it’s got to stop. Carrying a knife doesn’t make you safe and sadly, as we all know, it can lead to dreadful consequences.

“Knife bins play an important role in getting knives out of circulation, they provide a safe and anonymous method of disposal and I’m pleased to see them being used to good effect right across the county.” 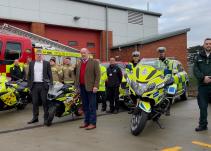 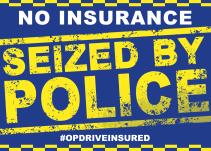 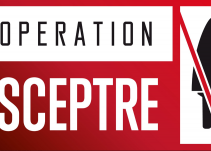