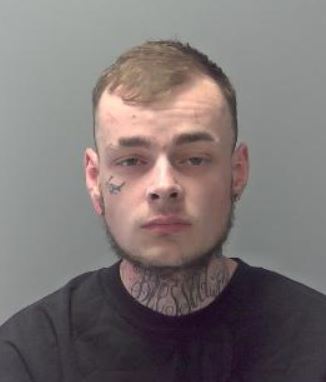 Two men have been sentenced after pleading guilty to wounding with intent following a serious assault in Newmarket last year.

A 21-year-old man and 35-year-old man were assaulted outside the Betfred betting shop, by two males who punched and kicked them. During the incident a metal sign was also used to hit the 21 year old victim – he sustained deep cuts to the head and face area. It is believed the injuries will leave permanent scarring. The male, aged 35, sustained minor cuts to the head, after being injured with a screwdriver.

Police investigating the assault arrested two men in July 2019 in connection with the incident. Flynn Matthews, a 23-year man of no fixed address and Nicki Carter a 30 year-old man of Hollybush Corner Bradfield St George were subsequently charged with causing grievous bodily harm.

Matthews was sentenced to 9 months imprisonment and Carter was given a 12 months prison sentence, suspended for 24 months, 200 hours of unpaid work, 15 days rehabilitation activity when they appeared before Ipswich Crown Court yesterday, Wednesday 2 September.