A 20-year-old man from Cambridgeshire has been jailed for blackmail and hacking-related computer offences. 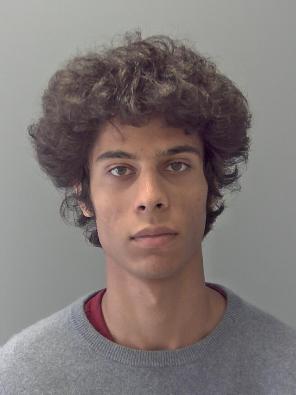 Alexander Marsh, of Horseheath Road in Linton, appeared at Peterborough Crown Court on Monday, 5 July, and was sentenced to 30 months’ imprisonment after pleading guilty to the following offences:

Marsh was also ordered to sign the sex offenders register for a period of seven years and will be subject to enhanced police monitoring upon release under a Criminal Behaviour Order.
Marsh had also been charged with another 10 offences which he denied, and so the court directed them to lay on file.

Police were first contacted by Action Fraud on 14 August 2019, after receiving a report from an 18-year-old woman that an unknown person had accessed her Snapchat account, changed the password and emailed her demanding money in order to release the account back to her. Her Instagram account had also been hacked, with messages sent to a number of people in her contacts list.

An investigation was launched by the Norfolk & Suffolk Cybercrime Unit and in February 2020 additional victims were identified. Victims reported their social media accounts were hacked, passwords changed and intimate photographs and videos stolen in attempts to blackmail them. Messages were also sent from their account to friends and contacts which contained a link that would direct the user back to a false social media log-in page from which their credentials would then be stolen.

Officers from the cybercrime unit were able to trace the activity to an address in Staffordshire and on 20 February 2020, police arrested Marsh at his student residence.

On arrest, Marsh’s mobile phone was seized and following a search of his student address, officers also seized two external hard drives, a tower computer and a second mobile phone.

Digital forensics by the cybercrime unit found his computer and phones contained evidence of screen recording. These showed Marsh scrolling through various areas of his victims’ social media accounts, from which he then exported and saved the victims private images and videos to his own devices.

There were other documents detailing phishing, which is the fraudulent attempt to obtain sensitive information, or data, such as usernames, passwords and credit card details by disguising yourself as a trustworthy entity in an electronic communication.

Files were also discovered on the computer with the username, password, personal details, intimate photographs and videos of a number of victims and unsuspecting victims from Suffolk and adjacent counties who had had their online accounts hacked and personal content stolen.

On 21 July 2020, Marsh was further arrested and, following a thorough investigation by the Norfolk & Suffolk Cybercrime Unit, he was charged on Thursday 4 February 2021.

Detective Sergeant Mark Stratford said: "Marsh is a manipulative individual who used a combination of social engineering, threats and sophisticated tools to facilitate his hacking activities. Marsh appears to have targeted the social media accounts of young women in order to access their private images and videos.

“He would then attempt to blackmail them, threatening to expose these images to their friends and family, putting his victims through an ordeal of distress and embarrassment. This, understandably, will have had a significant impact on all those involved in this investigation and I would like to thank the victims who bravely came forward.

“I hope that this investigation, and the sentence imposed, serves to demonstrate to all victims, and perpetrators, of this type of cybercrime how seriously these offences are taken.”

Detectives from the Norfolk and Suffolk cyber and serious organised crime directorate, based in Halesworth in Suffolk, have charged a man from Cambridgeshire in connection with a number of blackmail related computer offences.

The charges relate to a number of offences that took place on social media platforms between May 2019 and February 2020, involving victims from Suffolk and adjacent counties.

Marsh is due to appear at Cambridge Magistrates’ Court on 4 March 2021.