Lowestoft – Woman jailed for robbery and assault on police 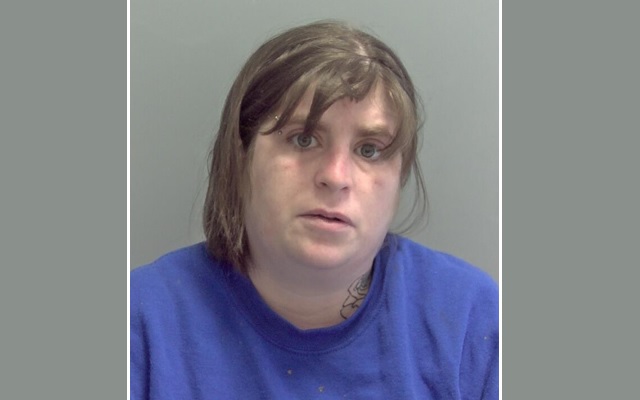 A 28-year-old woman from Lowestoft has been jailed for over two and a half years in connection with a number of offences, including an armed robbery at a convenience shop in the town and assaults on emergency workers and security staff.

Victoria Nash, of no fixed address, appeared before Ipswich Crown Court on Monday 6 July, where she was sentenced to 31 months’ imprisonment.

Nash had previously pleaded guilty to the following four offences occurring on Friday 22 May: robbery; possession of a bladed article in a public place; and two counts of assault on a police officer.

In addition, Nash was also sentenced in connection with four other matters she had admitted to: one count of assaulting a police officer, and two counts of common assault against security staff, all occurring at the James Paget Hospital in Gorleston on Monday 2 March; and assaulting a custody officer at Great Yarmouth Police Investigation Centre on Monday 8 June.

At around 5.15pm on Friday 22 May, Nash entered the Happy Shopper in London Road South and was seen to pick up two three-litre bottles of cider. Recognising her as someone who had previously been banned from the premises, the shop keeper asked her to put the bottles down and leave.

Nash proceeded towards the door of the shop, at which point she put the bottles down and produced a knife from the waistband of her trousers and told the victim “I’m taking the two ciders”, before walking out.
Police were called and Nash was quickly identified as a suspect, with officers locating her at a flat in London Road South and arresting her within 30 minutes of the incident taking place.

During the course of being arrested, Nash spat twice at the same police officer, as well as attempting to kick officers and being verbally abusive, causing restraints to be used. Following her arrest, the flat was searched and the two bottles of cider were located within, along with a knife matching the description of the one used during the robbery.

Nash’s 31-month prison sentence is comprised of 25 months for the robbery and four months to run concurrently for the possession of the bladed article; with the remaining six months added for the assault offences (comprised of a number of two-month sentences to run consecutively and concurrently).

Detective Constable Paul Quantrill, of East CID in Lowestoft, said: “We will not tolerate people being threatened in their place of work and having to contend with loss of stock, by whichever means it is stolen. The victim in this case provides an essential amenity to the local community and should be able to feel safe whilst going about his daily business.

“Victoria Nash not only targeted a member of the public, but also had no qualms about assaulting police officers, a detention officer and hospital security staff. Three of these assaults involved spitting, which is not only completely disgusting, but entirely reckless during the current pandemic.”

Lowestoft CID has charged a woman in connection with a robbery in Lowestoft.

On Friday 22 May at 5.44pm police received reports that an offender had entered the Happy Shopper on London Road and made threats to the shopkeeper with a knife before stealing alcohol.

Victoria Nash, aged 28 and of Belvedere Road in Lowestoft, has been charged with robbery, possession of a bladed article in a public place and two counts of assaulting a police officer.

Nash appeared at Norwich Magistrates’ Court yesterday, Monday 25 May, and is due to appear before Ipswich Crown Court on Friday 26 June.