A 45-year-old man has been jailed for 54 months for burglary offences in Lowestoft. 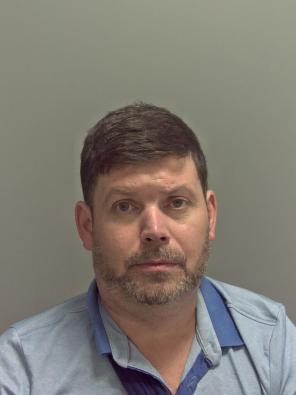 Daniel Cornell, of no fixed abode, appeared before Norwich Crown Court on Friday 10 September, where he was sentenced to 54 months’ imprisonment. He had previously pleaded guilty to two counts of burglary dwelling and theft.

It follows an incident overnight between 8 and 9 August 2020 at a property in Yarmouth Road. Entry was forced and Euros, cash and jewellery were stolen from within.

A further incident occurred at some point between 14 and 19 August 2020 at a property, also in Yarmouth Road. Entry was forced and extensive damage was caused within, with a significant quantity of jewellery stolen.

Following an investigation, a man was arrested on 19 August 2020 and was taken to Great Yarmouth Police Investigation Centre for questioning.

Cornell was later charged in connection with the two incidents.

Detective constable Matt Fox, investigating officer, said: “Police, in conjunction with the victims, are pleased with the sentence handed to Cornell.

“In both instances, the families have been left in shock following the invasion into their homes when irreplaceable and sentimental jewellery was stolen. As part of the investigation, we were able to return a number of the items to the families, which I am sure will bring them some peace of mind and comfort.”