A team of cadets from Suffolk Constabulary were honoured in a prestigious award scheme following a ground-breaking home security project. 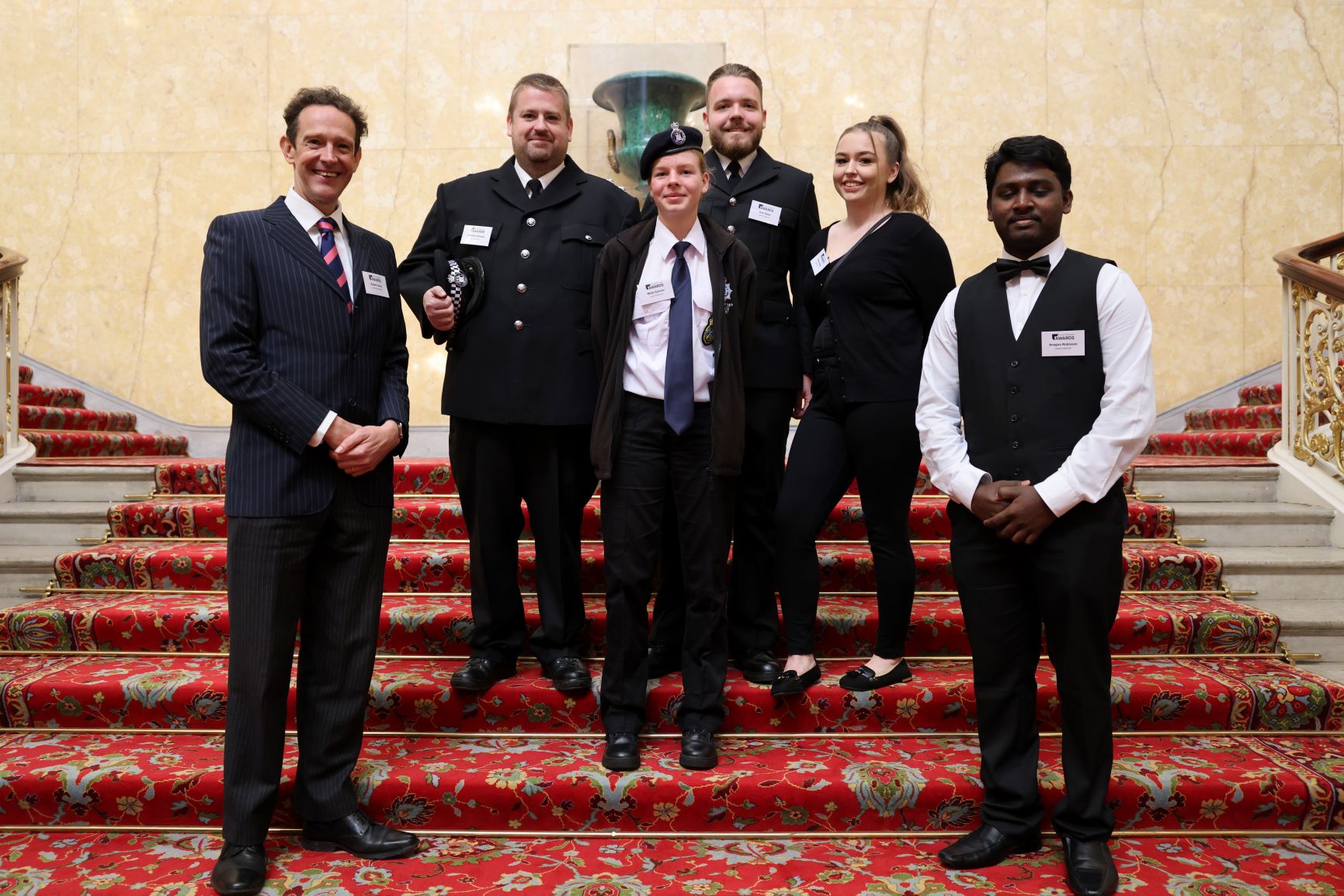 The Ipswich Cadet Team’s volunteer work in the town was recognised by the Home Office’s Lord Ferrers Awards at a ceremony in London when they clinched a runners-up spot.

The cadets met concerns from some residents about home security and burglaries by offering both reassurance and free home security devices to local people.

The project was supported by Crime, Safeguarding & Incident Management colleagues.

Inspector Matt Breeze, Cadet Leader, said: “The team displayed great determination and problem-solving skills and spent several evenings talking to residents in their homes and at a special community event, bringing reassurance as well as a friendly face as well as helping to install the security devices. They also handed out leaflets in the area and this recognition by the Lord Ferrers Awards scheme is fully justified after all their hard work.”

Karen Harris, Citizens in Policing Manager, said: “This is a tremendous achievement, congratulations to all of the Ipswich Cadets and I want to especial thank the Cadet Leaders, Trevor Spinlove and Matt Breeze  and all of the other Cadet Leaders for their hard work which made this recognition possible”

Suffolk’s Police & Crime Commissioner, Tim Passmore, said: “Congratulations to all the cadets whose commitment to public service was recognised in this prestigious award. I know this acclaim is richly deserved as I have seen first-hand the great work that our cadets do within their communities.

“I have always been a huge supporter of the police cadets service and proud to see the number of cadet units has expanded across the county since I was first elected. Being a member of the cadets helps develop confidence and gives our young people a positive focus, helping them to make the right choices in life as they enter adulthood.”

Volunteer Police Cadets and Emergency Services Cadets assist colleagues at a wide range of events and support Safer Neighbourhood Teams across the county. There are currently eight cadet units, based in Martlesham, Ipswich, Bury St Edmunds, Lowestoft, Sudbury, Haverhill, Mildenhall and Stowmarket. If you live in these areas and would like the opportunity to join them you can find out more about their vital role by emailing [email protected]