Police are issuing a CCTV image of a man they would like to speak to following an incident of criminal damage in Felixstowe. 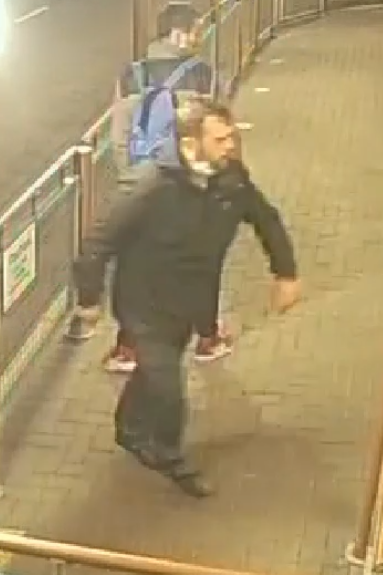 The incident occurred at 12.20am on Monday 3 May at McDonald's in Haven Exchange.

A man attempted to gain the attention of staff within the restaurant before he banged on the glass several times. He then kicked the locked door, which caused one side to shatter.

The male is described as white, aged in his mid-30s, approximately 5ft 8ins tall and of average build. He had light brown hair, a receding hairline and a beard. He was wearing a black coat, black shoes and dark trousers.

He was witnessed with another man who is described as being aged in his late 20s to early 30s, of similar height and of a slim build. He was wearing a blue backpack and red trainers.

Officers would like to speak to the man pictured as he may be able to help with this investigation.

Anyone who believes they recognise the man in the CCTV image, or who has any information about this incident, is asked to contact Suffolk police, quoting crime reference: 37/22966/21