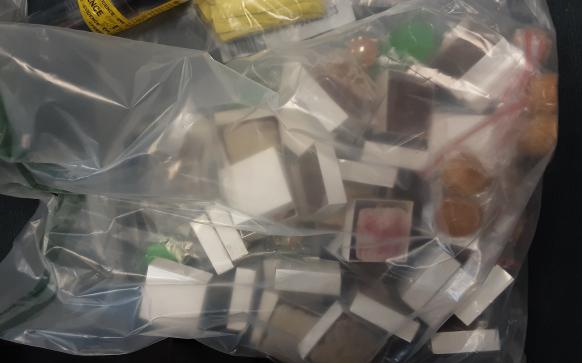 Police have arrested a woman in connection with suspected drug offences in Lowestoft.

Officers from the Operational Sentinel and Scorpion teams conducted a Misuse of Drugs Act warrant  on Wednesday 11 May at a property on Factory Street in the town.

Police recovered a large number of cannabis products and edibles from the location.

A 39 year old woman was arrested on suspicion of being concerned in the supplying of controlled drug and possession with intent to supply and taken to Great Yarmouth Police Investigation Centre for questioning. She was subsequently released under investigation pending further enquiries.

Cannabis edibles are laced with mood altering ingredients which can cause side effects such as the loss of consciousness or coordination, hallucinations, nausea/ vomiting, lethargy, and heart problems. They are also illegal and anyone in possession of a product containing Class B drugs risks arrest and prosecution. The illicit manufacture of such sweets/snacks means production is unregulated and thus levels of potency can vary, not to mention there being a high chance other harmful substances are mixed in.