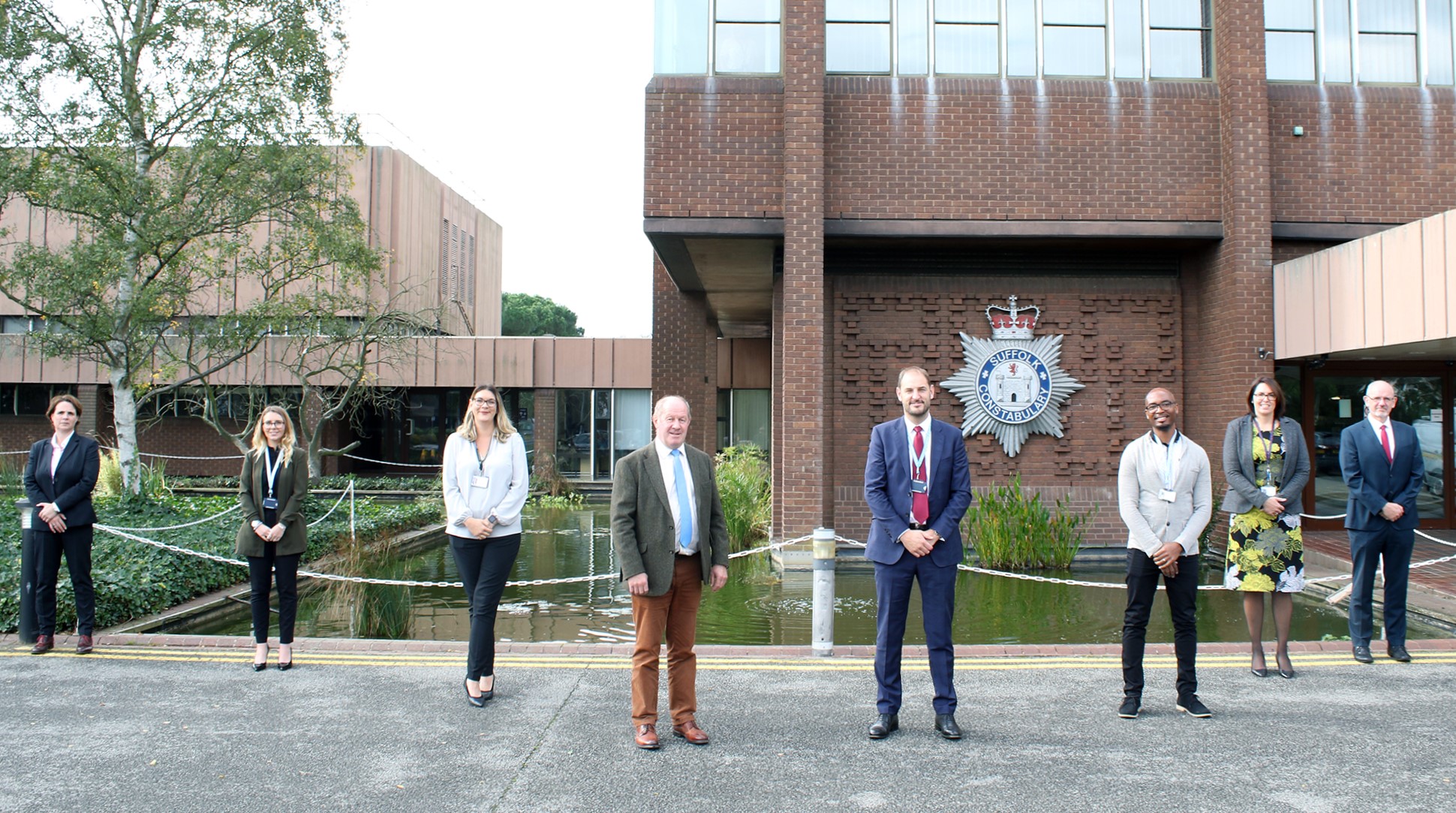 Running annually from the 25th November to 10th December, the national White Ribbon campaign aims to stop domestic violence whilst raising awareness of the issues involved. This year, Suffolk Constabulary is launching a new project aimed at changing the behaviours of domestic abuse offenders whilst highlighting support and services available to victims and survivors.

The Constabulary supports action to make it clear that domestic violence and abuse should never be condoned or tolerated. Anyone can suffer from domestic abuse or sexual violence – age, gender, social status, race or religion are no barrier. Raising awareness of this ‘hidden harm’ is a priority for police and partners.
The Domestic Abuse Perpetrator Unit (DAPU) project will see Suffolk Constabulary staff working one-to-one with domestic abuse offenders to address and alter their behaviour, protect victims and reduce demand on the force. This is the first time the Constabulary has worked with domestic abuse offenders in this way.

The project will see a team of three - one police constable and two staff members - working one-to-one with offenders over an extended period, as well as working with partner organisations, to look at and alter their behaviour.

The Domestic Abuse Perpetrator Unit (DAPU) has been largely funded by the Police and Crime Commissioner’s uplift project, following the increase in the council tax policing precept in April 2020.
Domestic abuse can leave you feeling trapped and lonely. Police understand the impact that the coronavirus can have on home-life and we are here to help. It is important to remember that it is not your fault, and you may need help and support to keep safe.
A new video featuring the Domestic Abuse Team will be launched on social media to highlight the support and services available to victims and survivors #whiteribbonday
It will also raise awareness of ‘Silent Solution’ to help people alert police when in imminent danger but unable to speak. This system which is used by Suffolk Constabulary enables a 999 mobile caller who is too scared to make a noise, or speak, to press 55 when prompted – to inform police they are in a genuine emergency.

The Constabulary has issued 500 white ribbons for officers and staff to wear to show our support and further raise awareness of this key campaign. In addition, we are working with Suffolk Police UNISON branch, Suffolk Association of Women in Policing and the Suffolk Police Federation to raise awareness of the campaign internally in the Constabulary to provide information and advice.

Detective Chief Superintendent Eamonn Bridger, head of Suffolk’s Crime, Safeguarding and Incident Management Command, said: “There is clear evidence to show that working with offenders in this manner, to understand their actions and help them make a change, does work.

“Through this intensive work we hope to help the perpetrator change their behaviour, reduce their criminality and improve their life for the better. In turn, this will help keep our communities and potential victims safe, while reducing demand on the force as a whole.
“Behaviour change programmes do work, and the bespoke one-to-one work that will be carried out by the DAPU officers and staff is really what makes the difference. They can take a detailed look at that person’s life, including housing, addiction and any mental health diagnoses and work according to the individual’s needs to help them make a positive change.”
Suffolk’s Police and Crime Commissioner Tim Passmore said:

“I’m very pleased to see this new Domestic Abuse Perpetrator Unit is now operational. It has been established with funding from this year’s policing element of the council tax, which I hope Suffolk residents will agree is a great investment.

“Looking after vulnerable people - especially the victims of domestic abuse and violence - is a top priority for the Constabulary. This will make a real difference by helping perpetrators of this terrible crime recognise the awful effect it has on others and change their ways for the better.

“From what I have seen when visiting perpetrator programmes, I know this unit make a real contribution in reducing the levels of domestic abuse. I wish all involved in the new team good luck in all you will be doing.  Your important contribution will be making Suffolk safer.”

Are you a victim of domestic violence and abuse? Call the 24-hour National Domestic Violence Freephone Helpline 0808 2000 247

If you believe there is an immediate risk of harm to someone, or a crime is in progress always call Police 999.