Suffolk Police are supporting Anti-Slavery Day on Sunday 18 October which seeks to raise awareness and encourage reporting of human trafficking and exploitation taking place here in our county. Tackling this crime is a priority for the Constabulary and to enhance the work in this area a new Modern Day Slavery and Vulnerable Communities Team is being launched.

Modern Day Slavery (MDS) is a reality and it take place across Suffolk including in rural areas. It’s an abuse of human rights and affects society’s most vulnerable men, women and children. Whilst the numbers of people directly affected are relatively small the damage to those involved is significant.

The MDS team comprising four police staff will work to protect vulnerable people whilst pursuing those who exploit the victims of this crime. In partnership with other agencies the team will also focus on community engagement work to prevent modern slavery from taking place.

Specialist officers and the MDS team will work with partners who may to come into contact with people who are vulnerable to exploitation. These can include victims that have been brought from overseas, as well as UK nationals in Suffolk, being forced to work illegally against their will.  Many different sectors are targeted, including the sex trade, cannabis farms, nail bars, car washes, agriculture and the construction industry.

Police liaise closely with local partners on modern slavery and we recognise the important role that both they and the public play in recognising the signs of MDS and reporting concerns.

Spot the signs of Modern Slavery:

It’s important that people are aware of how to spot the signs of someone who may have been trafficked and is being exploited.

· Be withdrawn, anxious and unwilling to interact

· Be under the control and influence of others

· Have no access or control of their passport or identity documents

· Show signs of abuse and/or have health issues

Typical kinds of employment that victims may be forced into:

They may also be forced into sexual exploitation as well as into crime such as pick-pocketing, begging, burglaries and the illegal drug industry. 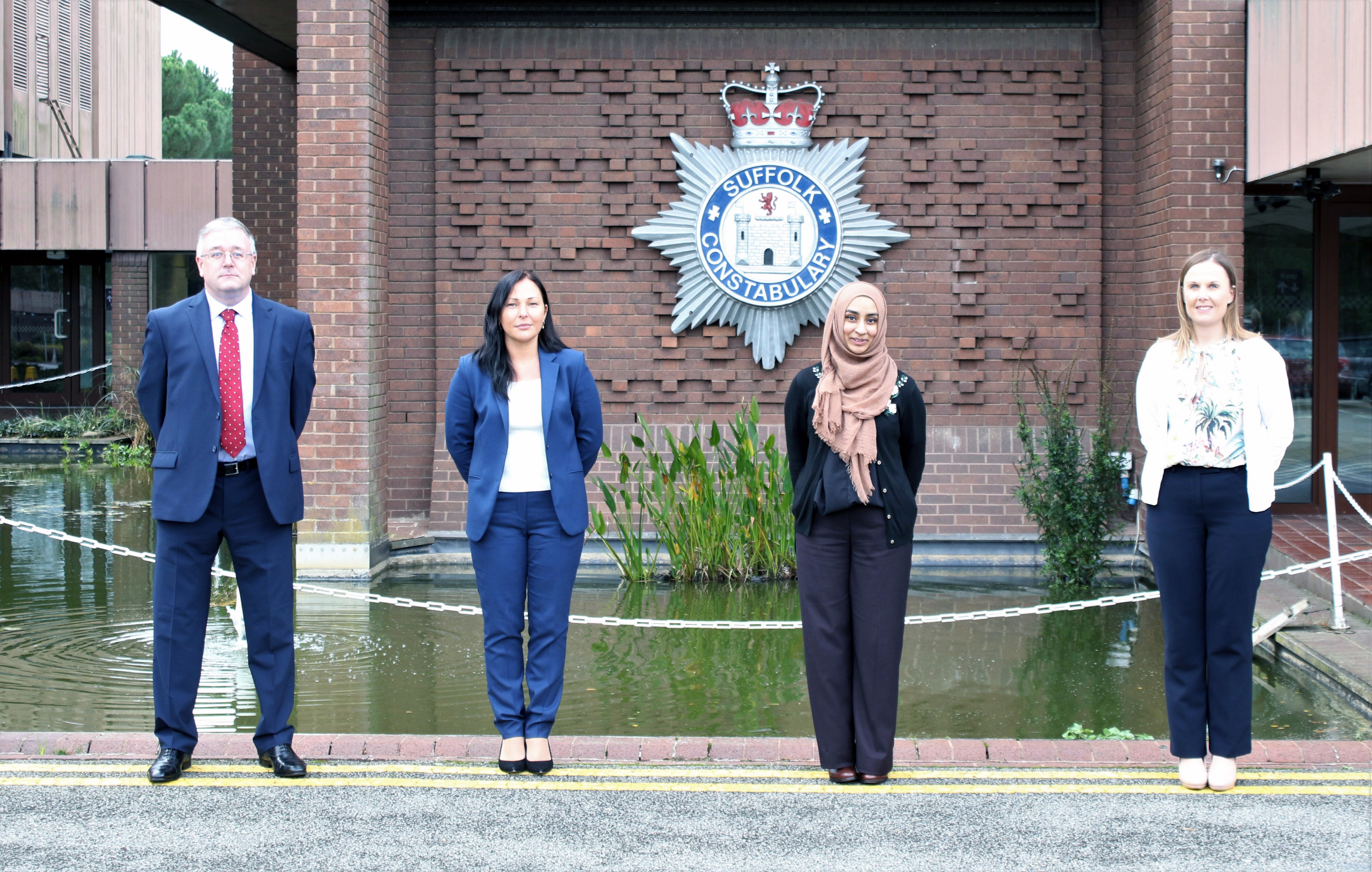 Temporary Chief Superintendent Marina Ericson said: "The perpetrators of human trafficking are organised criminals who make money by preying on vulnerable people and we urge the public to work alongside policing in being vigilant and reporting any concerns to us, to help us safeguard victims.

"Organised criminals target the vulnerable, often with false promises of a fresh start in a new city, town or country, a rosy picture of a better life, a good job, educational opportunity or marriage.

“Very often the victims live in fear and are too frightened or unwilling to come forward but this has to stop. We want to open everyone’s eyes to slavery within our communities, help victims understand that the police, alongside our partner agencies are here to support and encourage them to speak out.

“This new MDS team will enhance both our preventive and enforcement work in this key area working alongside partner agencies.

By working together, we can help free our most vulnerable people and communities of this atrocious crime.”

Suffolk Police and Crime Commissioner Tim Passmore said, “Sadly modern day slavery is all around us, hidden in plain sight. As I speak to people across the county it is clear many are completely unaware of the consequences of this horrendous issue. But modern slavery is something we all need to be aware of because it is happening in Suffolk and the impact of this evil crime on victims is totally devastating.

“It is only by raising awareness of modern day slavery and the abuse and injustice that is associated with this abhorrent crime that we will be able to bring these evil criminals to justice.”

If you do suspect that someone is being exploited or has been trafficked, do not confront the people who you believe is responsible or let the victim know of your suspicions as you may risk putting them and yourself in danger.

If you need help or think someone you know is at risk: