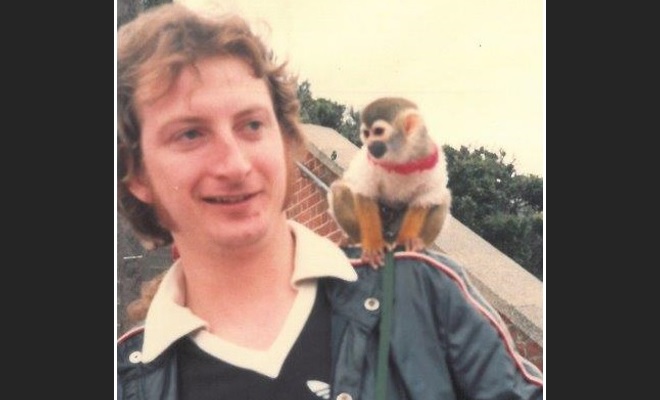 Today marks the 40th anniversary of the disappearance of a man who was last seen alive on a North Sea ferry off the coast of Suffolk.

Kevin Dundon, from Clacton-on-Sea, was aged just 22-years-old when he went missing whilst aboard a ferry returning to Felixstowe from Belgium on Sunday 21 September 1980.

Kevin was an employee of the Townsend Thoresen shipping company and at the time of his disappearance was working on a vessel named the Viking Viscount. He had only started working on this particular ferry three days before he went missing and his duties included washing crockery in the ship’s galley.

The Viking Viscount set sail from Felixstowe to Zeebrugge at approximately 9am on Sunday 21 September 1980, with 86 crew members aboard. There were 605 passengers on board, many of which were large organised groups of coach parties.

It was recorded at the time that the crossing took around five hours, with the ship docking in Zeebrugge for some two hours, before beginning the return journey to Felixstowe at approximately 4pm.

In the periods when he was not working, Kevin was reported to have spent time in the staff mess room, which was frequented by various members of the crew throughout the day, along with some passengers who had been invited in as guests.

Witness testimony from Kevin’s colleagues state that at around 6pm that evening, he was seen working at a sink in the ‘plate room’ of the galley.

The last confirmed sightings of Kevin are at around 6.30pm when he is believed to have been seen exiting the galley through a door which could have taken him to either the toilets or the deck.

The position of the ferry at this time was approximately 26 miles off the Suffolk coast and an estimated one mile south of the Galloper lightvessel, which was one of a number of static lighthouse ships anchored around the UK.

The ferry docked at Felixstowe just before 8.45pm and all the passengers disembarked. At around 9pm the ship’s master instigated further searches.

Emergency services were informed that Kevin was missing at 10.45pm, with HM Coast Guard then commencing a ‘man overboard’ search.

The Viking Viscount left Felixstowe for Zeebrugge again at 11pm and, along with three other ships, searched the waters in the vicinity of the Galloper lightvessel until approximately 1.30am the following morning, but Kevin was not located and his body has never been found.

A missing person investigation was subsequently launched by Suffolk Constabulary and more than 30 witness statements were taken from people who had been on board the ferry and may have come into contact with Kevin, with the vast majority of these enquiries involving crew members.

However, no definitive answers or evidence as to what happened to Kevin was ever found, and his status has remained as missing for four decades.

Andy Guy, the Major Crime Review and Unsolved Case Manager for Norfolk and Suffolk Constabularies, said: “40 years have now passed since Kevin Dundon disappeared and his family have been devoid of any explanation as to what happened to him since.

“The original investigation faced some considerable hurdles due to the fact Kevin was on a ferry 26 miles out at sea when he was last seen alive, and which was carrying almost 700 souls.

“The matter was further complicated due to the fact a majority of the passengers on board appear to have travelled using a ’60-Day Identity Card’, rather than a passport and because the ID of the holder was not logged with the shipping company, not every passenger was identified and traced.

“Over the last two years we have identified and taken statements from individuals who were not seen at the time, but were on board the Viking Viscount with Kevin. There seems to be growing support to suggest Kevin’s disappearance was not accidental.

“Although Kevin had only been with that ship for three days, if anyone does have answers as to what happened to him, it will come from his colleagues amongst the ship’s crew, or people he came into contact with in the mess room.

“It is highly unlikely that Kevin was still on the ship when it docked at Felixstowe.

“I believe there are individuals who were on that ferry that know what happened to Kevin, but have not previously told us. Kevin’s parents died without knowing what happened to their son, but there are three brothers who deserve to be given some answers and closure about the fate of their sibling.”

Kevin’s brothers, Jimmy, Tom and Danny Dundon, have asked us to issue the following statement on their behalf:

“It is now 40 years since our brother Kevin's disappearance, he was just 22-years-old.

“Unfortunately, during that time our Mother, Father and sister Jennifer have all since passed away without ever knowing what happened to him.

“Seeing our family being torn apart with grief was virtually unbearable.

“We remember that day vividly because the rest of the family were visiting Norfolk, it was a clear dry day with very good visibility into the evening, we were told the conditions were the same aboard the ferry.

“Under these circumstances it is extremely unlikely Kevin could have gone overboard without being seen.

“We implore anyone aboard the Viking Viscount that evening who may remember anything - however small - about the incident, to please contact the police.

“It could be that a friend or relative may have mentioned something over the years and it would mean everything for us to finally know what happened to Kevin that evening, and finally give us closure.”

Anyone who believes they have information about Kevin Dundon’s disappearance, is asked to contact the Joint Norfolk and Suffolk Major Crime Review and Unsolved Case Team on: 01953 423819, or by emailing: [email protected]

Alternatively, contact the charity Crimestoppers 100% anonymously on 0800 555 111, or via their online form: www.crimestoppers-uk.org