A 35-year-old man has been jailed after committing a number of burglary and theft offences in Ipswich. 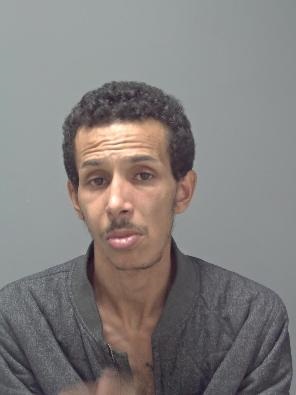 Marcel Bagley of Tern Road appeared at Ipswich Crown Court on Wednesday 27 November where he admitted two counts of burglary.

The first incident occurred at some point between 2am and 5.30am on Wednesday 28 August at a property in Tern Road. A television, cigarettes and tobacco were stolen from within.

Another burglary occurred at some point between 10am and 2pm on Tuesday 3 September at a property in Magdalene Close. A television and an Xbox One console were stolen.

Between his arrest and sentencing, Bagley chose to work with Suffolk Police’s Operation Converter Team and went on to admit eight other offences including six incidents of theft from shops and one theft from a vehicle.

All of the incidents occurred between June 2018 and August 2019 in the Ipswich area.

Commenting on the sentencing, Detective Constable Barry Simpson from the Operation Converter TIC Unit, said: "Bagley was visited while on remand in prison after he was charged with two offences relating to dwelling burglaries in Ipswich. He was also suspected of being responsible for eight shoplifting offences that were being worked on by individual officers.

"This process will allow Bagley to be released from prison at the end of his sentence with a clean slate and it also provides a positive outcome to his retail victims.”