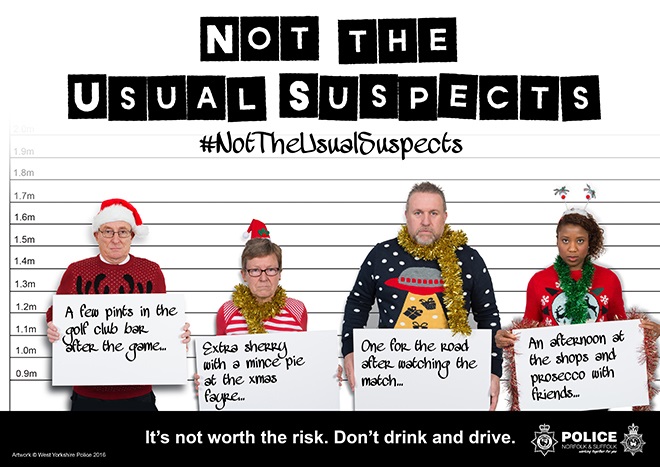 More than 160 people were arrested during the Christmas drink and drug driving campaign in Suffolk, with more people testing positive for drugs than alcohol.

The month-long campaign, launched on 1 December 2018, targeted drivers getting behind the wheel under the influence of alcohol and drugs.

This year again saw specific time slots at Ipswich and Norwich Magistrates’ Courts being reserved to deal with those caught drink or drug driving. This effectively meant that offenders could lose their licence within 24 hours of being breathalysed whilst facing additional fines.

Chief Inspector Kris Barnard, Head of the Roads and Armed Policing Team (RAPT), said: "It’s disappointing to see that people are still prepared to take the risk and get behind the wheel under the influence of alcohol, although it does appear to be a minority of motorists.

"A notable difference during this campaign is that there have been more drivers tested positive for drugs than alcohol. While this is a concern, drug driving is something we actively target all year round. It’s also a reflection of our increased ability to carry out roadside tests for cannabis and cocaine.

"Driving under the influence of drugs or alcohol impairs your judgement, making your reactions slower and therefore increasing the chances of being involved in a collision.”

Suffolk’s Police and Crime Commissioner Tim Passmore said: "These results are disappointing but they clearly show that if you are prepared to put yourself, and others, at risk by taking to the road unfit to drive or in an unsafe vehicle you stand a very good chance of being caught. I’d like to congratulate the Roads and Armed Policing Team on their unwavering focus on those who get behind the wheel under the influence of alcohol and drugs.

"I really can’t believe that drivers have not got the message, driving under the influence of drink and drugs - is illegal for a reason, it is one of the four most likely causes of death on our roads, along with using mobile phones, speeding and not wearing a seatbelt.  I am disappointed that so many drivers choose to flout these laws but pleased to see that the Constabulary is committed to catching those that do.”

"Not all drink-drivers this Christmas will be young men” – that is the message from Norfolk and Suffolk Constabularies as both forces prepare to launch their winter campaigns.

This is in support of the national drink-drive operation, reminding people that it is not always the ‘the usual suspects' that drink and drive over the festive period.

The campaign, which was first launched in West Yorkshire in 2016, illustrates deliberate stereotype characters to challenge the public perception about those who they think may be drink-driving this December and reminds people not to drive after drinking alcohol.

The festive crackdown, which officially launches on 1 December and runs until 1 January, tackles those driving under the influence of drink or drugs and will see officers in both counties carrying out extra patrols and roadside checks. Any driver who is stopped due to concerns over the manner of their driving, a vehicle defect, or is involved in a collision, will be breathalysed.

Specific time slots at Norwich and Ipswich Magistrates' Courts have been reserved to deal with those caught drink or drug driving. This effectively means that offenders could now lose their licence within 24 hours of being breathalysed whilst facing additional fines.

Throughout the campaign roads policing officers will be using social media to share messages and provide updates on campaign results using @NSRAPT and via Norfolk and Suffolk Constabularies Facebook pages.

Inspector Chris Hinitt, from the Joint Roads and Armed Policing Team, said: ‘‘Driving while under the influence of drink or drugs is not acceptable, but at Christmas the risks are even more prevalent with darker nights, bad weather and sadly, more people taking the risk by drinking or using drugs and then getting behind the wheel.

"Statistically young men do form a large proportion of those whom we stop for drink-driving, however we are seeing more and more men, and increasingly women, aged over 35 who are drink-driving, many with the attitude 'it will never happen to me'. It is quite harrowing as many of the people in this age range have been targeted by decades of campaigns about the dangers of drinking before getting behind the wheel. Last December, almost 92% of everyone who were arrested for drink-driving offences nationally, were aged over 25.

"These are people from all backgrounds, ethnicity and genders. Many of them have professional careers, they may have children and grandchildren and yet they are still choosing to get behind the wheel after consuming alcohol. We want to continue to drive home the message and make drink-driving socially unacceptable, no matter how old you are.

"There could be serious consequences to driving under the influence of drink or drugs including being involved in a serious collision where you or someone else is injured or killed. It is just not worth the risk.

"The number of drink-driving charges is decreasing nationally which is a step in the right direction. While we would like to think that this is because people are more aware of the dangers of getting behind the wheel after a few drinks, the reality is that the decline is small and there are still plenty of people out there willing to take the risk.” 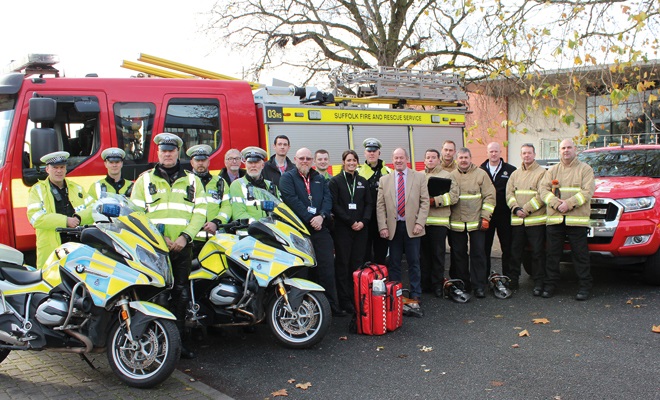 Suffolk’s Police and Crime Commissioner Tim Passmore, said: “Every Christmas we remind drivers of the dangers that drink and drugs cause behind the wheel and every year sadly there are still some that do not take heed. I find this extremely frustrating.  It beggars belief that despite the obvious dangers, too many motorists still take to the road under the influence of alcohol or drugs and as this campaign has highlighted it is not just ‘the usual suspects’.

"All drivers need to understand that drink driving risks lives and the lives of others, it is grossly irresponsible and selfish.

"Too many people lose their lives on our roads and that’s why we have invested in extra roads policing – we’re doing all we can to keep our roads safe, we need everyone out on our county’s road to do the same.”

Cllr Mary Evans, cabinet member for Highways, Transport and Rural Affairs at Suffolk County Council, added: “This is a vital campaign aimed at those driving under the influence of drugs or alcohol over the Christmas period. Sadly, despite repeated warnings and the obvious dangers, many motorists under the influence still take to the roads.

“This campaign once again highlights the terrible dangers and risks of getting behind the wheel when under the influence of drugs or alcohol. The campaign also challenges commonly held perceptions because the evidence shows that those caught drink driving are more likely to those aged over 35.

“Suffolk Highways are working closely with the police and fire service to promote the campaign, this includes holding events at local supermarkets to highlight the dangers to people purchasing alcohol.”

The campaign starts on Saturday 1 December and runs until Tuesday 1 January and will see officers carrying out roadside checks throughout the day and night – including in the early morning – as well as intelligence-led enforcement activity. The public are also encouraged to report any concerns relating drink or drug driving anonymously using Crimestoppers at www.crimestoppers-uk.org or on 0800 555 111.