More residents are set to benefit from use of smart technology as Suffolk Constabulary has once again joined forces with Ring, the home security company, in a bid to tackle burglary in Ipswich and beyond. 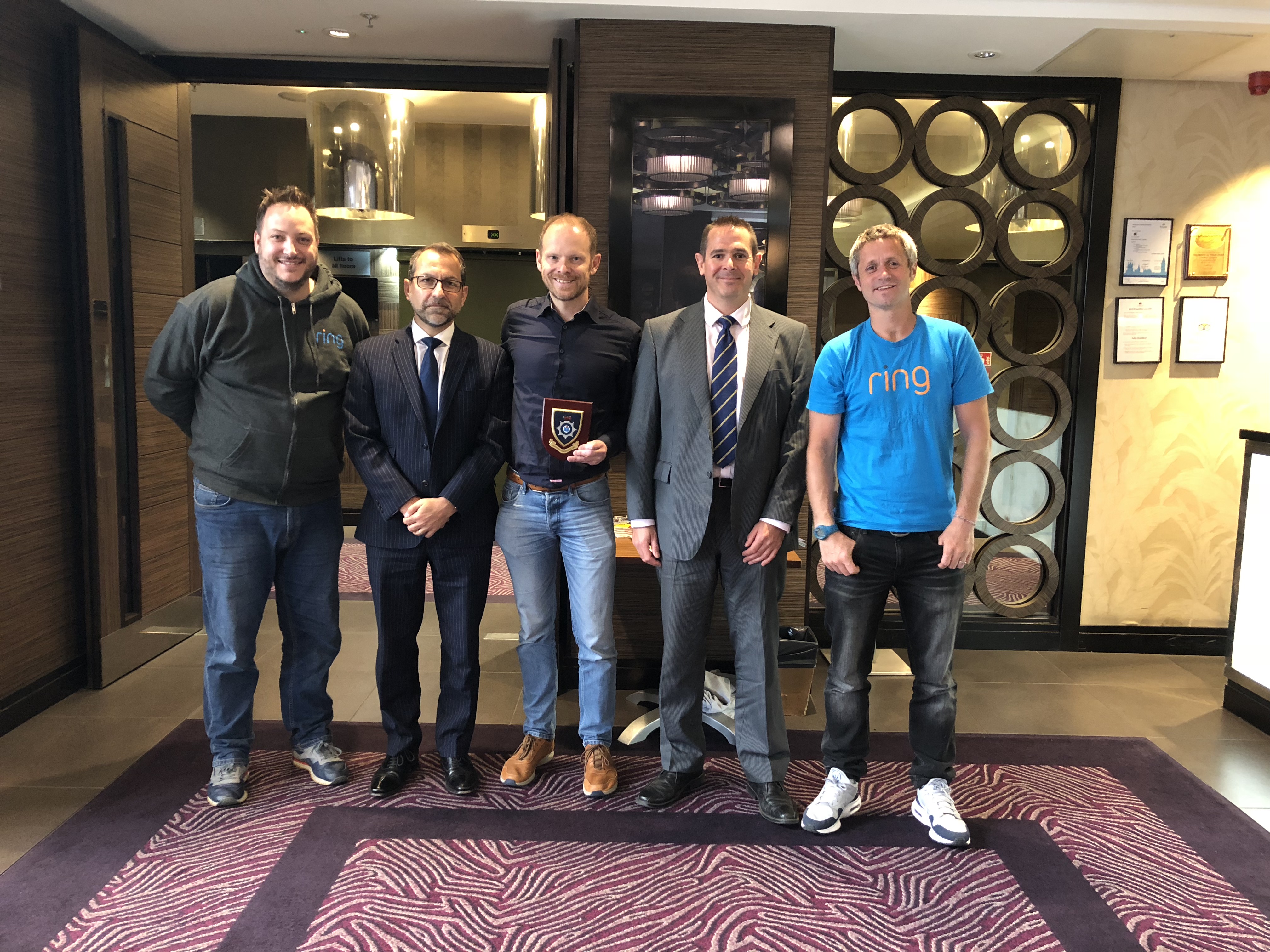 Ring has provided the force with an additional 200 video doorbell cameras, following the success of the first 50 donated devices, which have been installed in previously targeted Ipswich homes during the last four months.

The force recognises the huge potential for technology such as doorbell and other remotely monitored security cameras to help catch criminals and bring them to justice.

In the past year alone, two prolific burglars have already been caught and subsequently convicted in Suffolk, thanks to footage obtained through a Ring Video Doorbell.

The installation of two video doorbells earlier this year has also brought an enhanced sense of security for homeowners.

One resident said: "The Ring Video Doorbell is secure and it brings me peace of mind. It’s also fantastic to have this security measure in place as it allows me to see outside of my home and as far as my car on the street.

"As a previous victim of burglary, I believe this initiative is fantastic and now I’ve been using the technology for some time, I don’t know what I would do without it.”

A male resident said: "The camera is really good and I do feel, if anyone should try getting into my home or van, the motion sensor would capture any footage and in turn, help with a conviction.

"The doorbell camera has already helped me capture footage and with this in mind, I feel safer knowing that it is there.”

Detective Superintendent Andy Smith, Head of Investigations said: "It is really pleasing to hear that residents are feeling safer, thanks to the installation of a Ring Video Doorbell. We hope the installation of these additional devices will deter burglars and help bring more offenders to justice.

"We are extremely grateful for Ring’s support once again. The devices will be distributed to further victims of burglary and those who live in areas of Ipswich we know are more susceptible to this crime.

"We will also be accepting expressions of interest from members of the community that feel they or someone they know, would benefit from being a recipient of one of the devices.

"Once again, I would like to remind the community that burglary remains a priority for the force and by installing even more cameras, we are actively working to increase the number of offenders convicted for this type of crime.”

Police and Crime Commissioner for Suffolk, Tim Passmore said: "This is a great initiative. Anything that improves the peace of mind of victims of burglary is really welcome.

"It’s excellent news that Ring has generously donated these doorbell cameras. I’m sure they will help residents feel safer and support the police in their mission to catch criminals, get them prosecuted and brought to justice."

Jamie Siminoff, Chief Inventor and Founder of Ring, said: "At Ring, we’re focused on making our neighbours feel safer, not just in their homes but throughout the neighbourhood. We’re excited to continue our work with Suffolk Constabulary to further reduce crime in Ipswich and surrounding areas. By installing more Ring devices for repeat burglary victims, we can bring both an additional layer of security to our neighbours’ homes and extra peace of mind. With Ring, not only are our neighbours able to intercept burglars before they enter a property, but criminals are thinking twice at the mere sight of a Ring device."

The force is no longer accepting expressions of interest for a free Ring Video Doorbell. All of the devices have now been given out and there are no more available at this time.

Suffolk Constabulary is joining forces with a home security company to help make properties in the county more secure.

Burglary is an extremely distressing crime for those who fall victim to it, as well as being an invasion of someone’s home and their personal space. With this in mind, home security company Ring has provided 50 doorbell cameras to Suffolk police for installation in properties in areas of Ipswich which have previously been targeted by burglars.

The force recognises the huge potential for technology such as doorbell and other remote monitored security cameras to help catch criminals, bring them to justice and prevent crime.

Such a doorbell camera was used to help secure the conviction of a 43-year-old man jailed for four years last September after admitting three counts of attempted burglary in Bury St Edmunds in March 2017.

The suspect was arrested after he unwittingly triggered a doorbell camera as he attempted to break into a home. Although there was no trace of the offender on the arrival of the police, he was identified from the footage and subsequently arrested. A second  offender was recently convicted and sentenced to a 12 month sentence for an attempted burglary in Ipswich after being caught on a doorbell camera.

Detective Superintendent Andy Smith from Safeguarding & Investigations said: "These two cases really illustrate the value of cameras as crime reduction devices. There is no doubt that the quality of footage from the video doorbell captured during these offences led to guilty pleas in both cases.

"We are immensely grateful for Ring’s support. We are in the process of supplying 50 donated doorbell cameras to recent victims of burglary and victims who live in areas of Ipswich we know are more susceptible to this crime.

"It has been really gratifying for us to deliver this enhanced service and we hope these cameras will bring some peace of mind to victims.

"We recognise the huge potential for technology such as video doorbells and other remote monitored security cameras to help catch criminals and prevent crime.

"Such smart technology products available are not only affordable but proactively help to deter and detect burglars, keeping our communities safe from crime and creating an environment which is hostile to burglars and other criminals.”

"I’d take this opportunity to remind everyone that burglary remains a priority for our force and that we will take robust action against anyone we suspect to be involved in this type of crime. We’d also appeal to the public to think carefully about how they can improve their home security and invest in technology as described.”

Police and Crime Commissioner for Suffolk Tim Passmore said: "This is a great initiative. Anything that improves the peace of mind of victims of burglary is really welcome.

"It’s excellent news that Ring has generously provided these doorbell cameras and I believe this will help catch criminals and get them prosecuted and brought to justice."

"At Ring, it’s our mission to reduce crime in neighbourhoods. We’re proud to assist Suffolk Police with the installation of proactive, convenient security solutions to homeowners who have been a victim of burglary and to help give them peace of mind in their homes. By working with Suffolk Police on this initiative, we can continue Ring’s mission to prevent crime before it happens,” said Dave Chattaway, UK Neighbourhoods Manger at Ring.