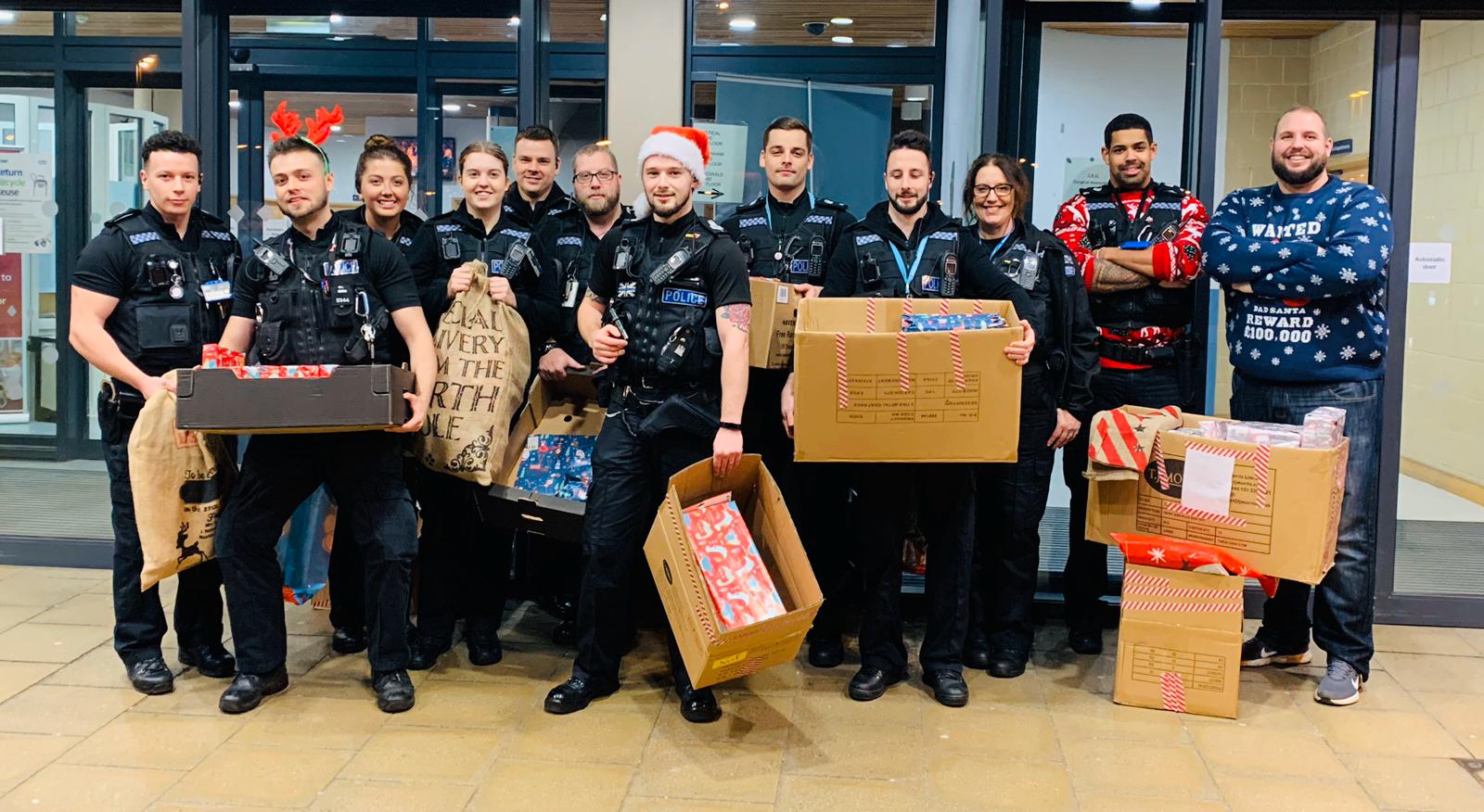 Police officers from Ipswich spread some Christmas cheer yesterday by delivering presents to children and care packages to the mothers of newborns who were spending Christmas Day in hospital in Ipswich.

Officers had asked for donations to provide gifts for children in Ipswich hospital on Christmas Day and raised £900. Yesterday, the team visited the children’s wards, Accident and Emergency and the maternity wards.

Acting Sgt Ryan Althorpe of Suffolk Police says, "We thought it was a shame that some children were in hospital on the most magical day of the year and wanted to do something about it!

All the children in the hospital received a gift, all the babies received a little teddy and the mothers of the newborns received little care packages to pamper themselves with. The first lot of donations to the neonatal unit has been dropped off with some very tiny clothes and of course small treats for the nurses who were working on this festive day.

Our gratitude goes to Suffolk police officers and staff, the nurses from Ravenswood Medical Practice and Attwells Solicitors, who made a generous donation to make this possible."