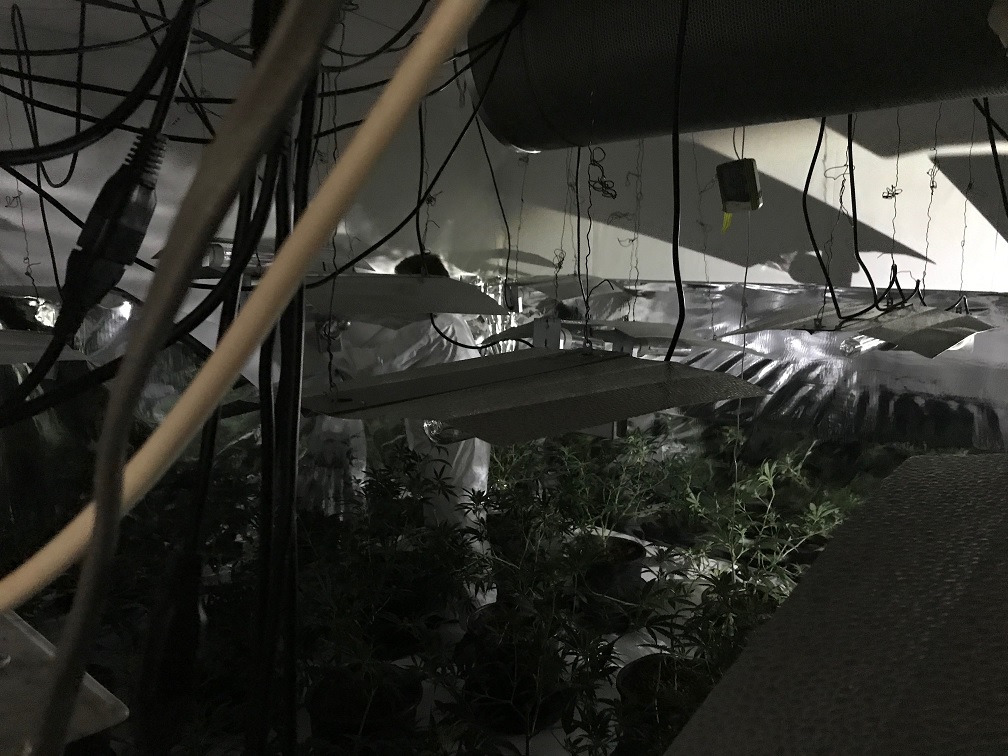 A 24-year-old man has been arrested after police discovered a cannabis factory in Ipswich.

Officers executed a warrant under the Misuse of Drugs Act at an address in Chesterton Close yesterday afternoon, Thursday 25 June.

Approximately 50 cannabis plants were found growing in five rooms of the property and they have been seized along with associated hydroponics equipment.

A 24-year-old man from Ipswich was subsequently arrested on suspicion of cultivation of cannabis and taken to Martlesham Police Investigation Centre for questioning.

Anyone with information about this is asked to contact Ipswich West Safer Neighbourhood Team, quoting reference: 35395/20.

Members of the public who have concerns or information regarding the production or sale of illegal drugs in their community, should contact their local policing team. Details on how to do this can be found on our website here