A man has been jailed for a total of 38 weeks for burglary, shoplifting and criminal damage offences. 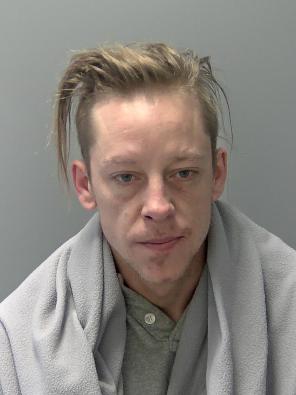 It follows a burglary that occurred shortly before 6pm on Sunday 22 March at Boots in Tavern Street, Ipswich, when a man forced entry via a window and stole bottles of fragrance from within.

Officers from Ipswich Central Neighbourhood Team noticed the man with the goods and pursued him on foot for a short distance before detaining him. He was taken to Bury St Edmunds Police Investigation Centre where he was questioned.

Wilson was subsequently charged with burglary on Monday 23 March. He was also charged with criminal damage after a window was broken at a residential property in Northgate Street, Ipswich during the same evening.

Before the court yesterday, Wilson was sentenced to 28 weeks for burglary and criminal damage offences and 12 weeks for separate shoplifting offences occurring between December 2019 and February 2020 in Norwich.

He was also ordered to pay compensation costs totalling £100.

“We continue to work with shops and CCTV in order to reduce the number of offences occurring in our town centre and in the current COVID-19 lockdown, the police are still very much tackling criminality as usual.”