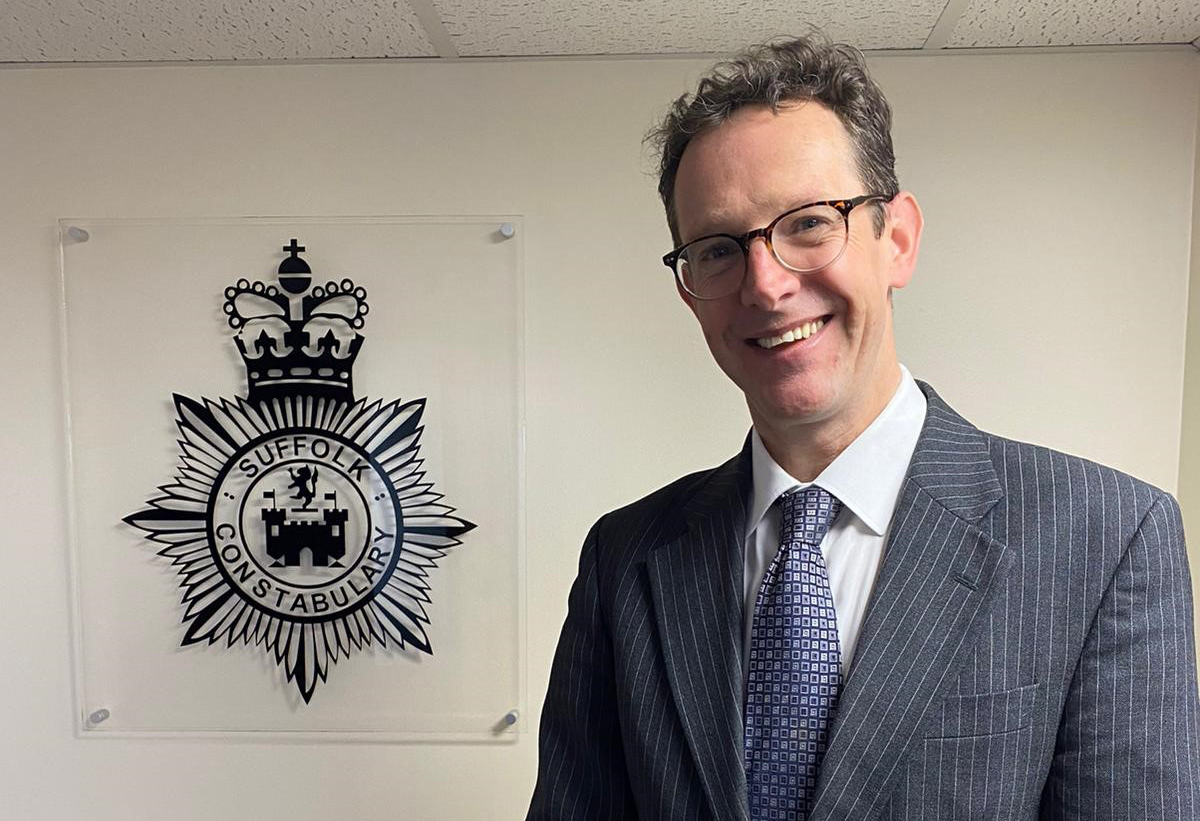 Suffolk Constabulary is pleased to announce the appointment of Rob Jones who joins as Assistant Chief Constable, Local Policing, from the Metropolitan Police on 11 May 2020.

Rob has been a police officer for 24 years, serving solely in the Metropolitan Police.  During his career, Rob has served in a variety of roles across London, including Borough Commander in Newham and Lewisham.

He was recently BCU Commander in Central London, with responsibility for local policing in Westminster, Hammersmith and Fulham and Kensington and Chelsea.  Rob has also worked at Scotland Yard on transformational change.  He is an experienced public order commander and was previously head of crime and partnerships in Hackney.

Chief Constable Steve Jupp said:   "Rob was an outstanding candidate for the position, bringing his knowledge and broad range of experience to the role here in Suffolk. He lives locally and knows the county of Suffolk well.  He will be a fantastic addition to the Chief Officer Team and we look forward to him joining our family.”

Rob Jones said: "I feel proud and privileged to be joining such a great team and look forward to working alongside partners and community leaders to serve the people of Suffolk.”

Suffolk Police and Crime Commissioner Tim Passmore said: "I’d like to welcome Rob to Suffolk Constabulary and wish him all the very best in his new role.  Rob comes very highly recommended and I am absolutely sure he will be an excellent addition to the Chief Constable’s senior officer team.

"Rob brings a wealth of experience to Suffolk which will help keep our county safe and continue the fight against all forms of criminality. I look forward to working with him."