Four men have been jailed following the discovery of one of the largest cannabis factories in the county.

Before Ipswich Crown Court today, Friday 6 March, four men were sentenced to a combined total of more than nine years for the offence of being concerned in the production of cannabis.

The four men have been sentenced today as follows:

Mindaugas Ivoskus, 27, of no fixed abode. Sentenced to 42 months’ imprisonment.

Egidijus Ivoskus, 42, of no fixed abode. Sentenced to 24 months’ imprisonment.

Karolis Gumauskas, 26, of no fixed abode. Sentenced to 24 months’ imprisonment.

The men, who all admitted the offence, were charged on Monday 21 October 2019.

Officers made the discovery on Friday 18 October after a warrant under Section 23 of the Misuse of Drugs Act was carried out at a business park in The Street.

More than 2,500 cannabis plants were located within a number of buildings – estimated to have a value of around £1.8 million.

A 65-year-old man, who was also arrested in connection with the incident, was initially released on police bail but has subsequently been released under investigation pending further enquiries.

Detective Inspector Mark Pollikett said: “This was one of the largest cannabis factory finds in Suffolk in recent years and the overall yield from the plants from within the buildings would have been substantial.

“We continually work to disrupt such illegal factories because of the harm they cause and the associated criminal acts which go hand in hand with the running of these illegal operations.

“The combined sentence handed down today demonstrates that anyone involved in the supply of drugs will not be treated lightly by the courts and we will continue to work to ensure that Suffolk is a hostile place for this type of criminality.”

Anyone with information about drug-related activity in their community should contact Suffolk police on 101 or head online www.suffolk.police.uk/contact-us/report-something 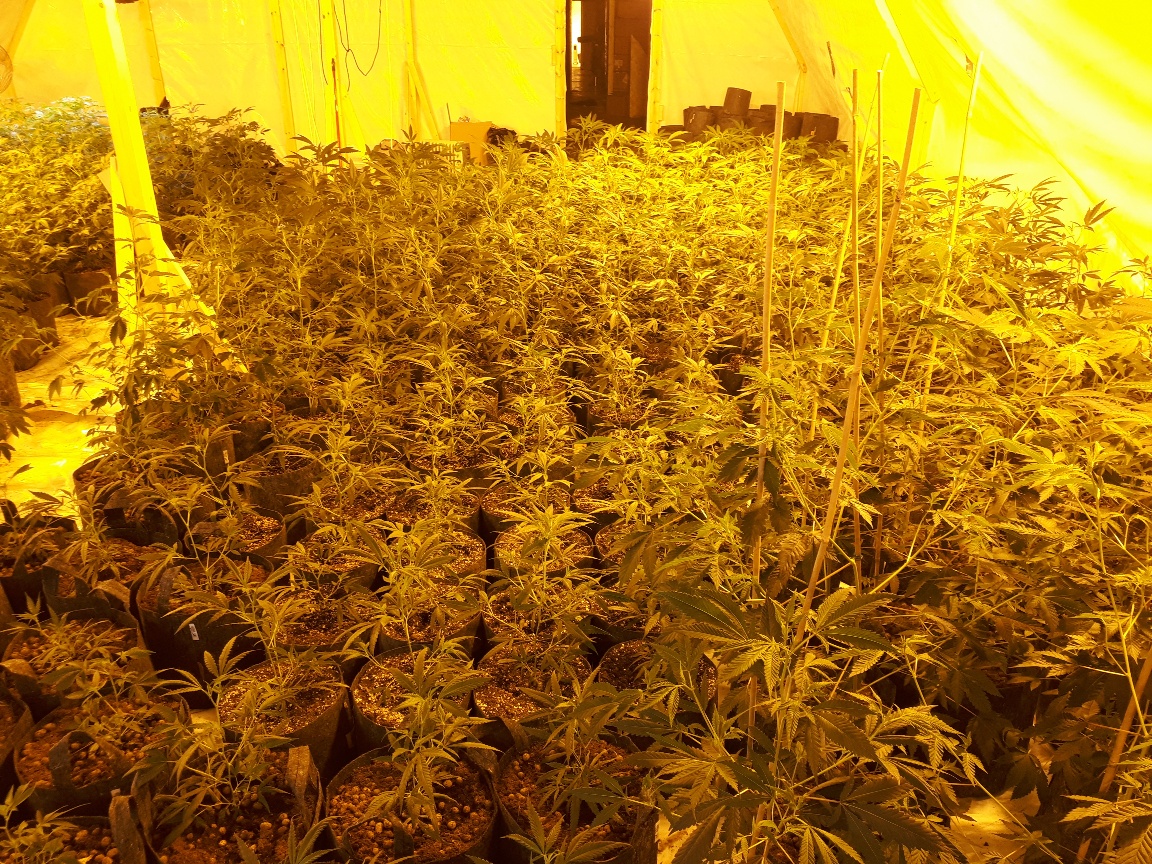 Five men have been arrested in connection with the discovery of a cannabis factory in Great Bricett.

Officers made the discovery on Friday 18 October after a warrant under section 23 of the Misuse of Drugs Act was carried out a business park in The Street.

In the region of 2,000 cannabis plants were located within a number of buildings – estimated to have a value of around £2,500,000.

Five men, aged 25, 26, 40, 41 and 65 were arrested on suspicion of the production of cannabis and were taken to Bury St Edmunds Police Investigation Centre for questioning.

The 65-year-old man was released on police bail pending further enquiries and is due to answer on Wednesday 13 November.