A 24-year-old man has been jailed for four years and eight months after committing a number of offences in Ipswich. 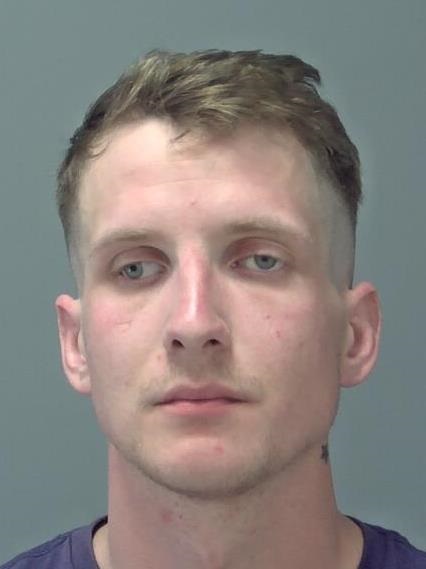 Martyn Bell, of no fixed address, was sentenced at Ipswich Crown Court today, Thursday 20 June, after pleading guilty at an earlier hearing.

Following his arrest, Bell was charged on Saturday 27 April with robbery, possession of an offensive weapon and with two offences of theft.

During the first incident on 14 April 2019, a DVD box set was stolen from HMV in Ipswich.  Three further offences were committed on Thursday 25 April, when Bell entered the East of England Co-op on the junction with Woodbridge Road and Brunswick Road, Ipswich, and threatened staff before taking a quantity of cash. He also stole food and alcohol earlier in the day from the shop.

Between his arrest and sentencing, Bell chose to work with Suffolk Police’s Operation Converter Team and went on to admit 14 other offences.

During one of the incidents, in Lacey Street, Ipswich, overnight between 1 January 2019 and 2 January 2019, a window of a Skoda Octavia was smashed and an amount of cash was stolen from within.

Later the same month, overnight between 8 January and 9 January, in Neptune Square, Ipswich, a window of a Mercedes was smashed and cash was stolen from within.

A further incident took place on 12 March, when a teenager was punched in the face and a mobile phone was stolen from him in Upper Brook Street, Ipswich.

Over £2,700 worth of items were stolen and in the region of £550 worth of damage was caused. A total of £1,000 was also recovered following Bell’s offences.

Commenting on the sentencing, Detective Constable Duncan Etchells from the Operation Converter TIC Unit, said: "Bell was visited while on remand in prison after he was charged with four offences. The TIC (Taken Into Consideration) process was explained to him in full. Bell then chose to engage with the TIC Unit in order to serve his impending prison sentence knowing that he would not have any crimes outstanding against him upon his release. This ensures that he can start his life with a clean slate and should provide every incentive to steer clear of committing crime in the future.”