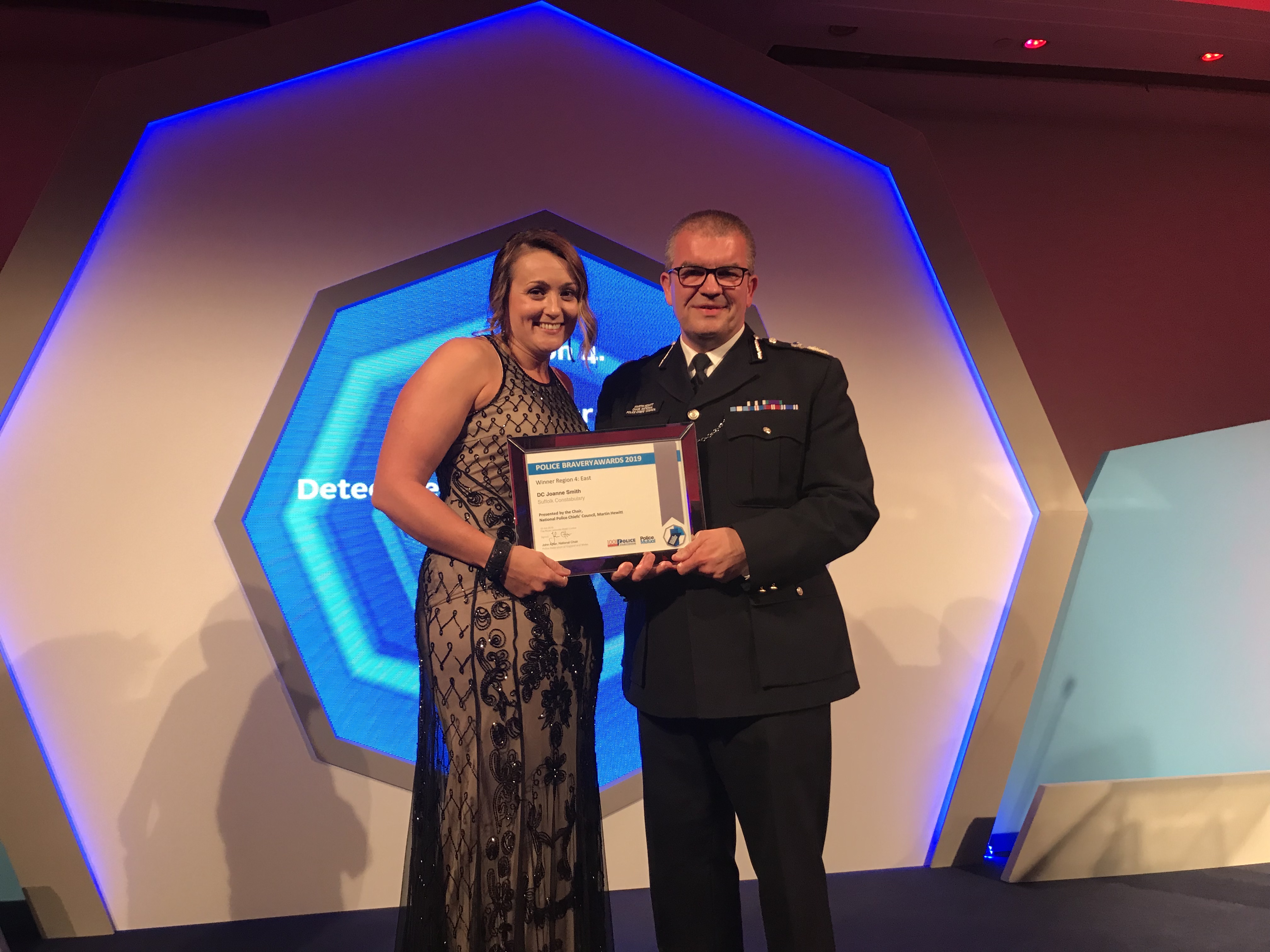 An officer from Suffolk Constabulary who intervened in an armed robbery in Essex has won the Eastern region category at the national police bravery awards.

DC Joanne Smith was off duty and leaving a yoga session when she courageously encountered the robbers last year.

Jo displayed bravery and selflessness during the incident where she was faced with considerable danger, chasing after the suspected offenders.

DC Joanne Smith has been an officer for nearly 16 years and has worked in the Major Investigation Team and currently works in the Incident and Crime Management Hub in the area of fraud.

In February this year, DC Smith was presented with a Chief Constable Commendation from the Essex Chief in recognition and appreciation of her bravery and selflessness.

DC Joanne Smith said: “I feel very humble and privileged to have received the regional bravery award. I feel I did what anyone else would have done but it is nice to have it recognised.”

Chief Constable from Suffolk Constabulary Steve Jupp said: “I am very proud of what Joanne did that day and extremely pleased her bravery has been recognised by her peers.

“Despite being off-duty, and without thinking of her own safety, Joanne saw a crime happening and ran over to apprehend one of the suspects. Joanne’s actions were in the finest traditions of Suffolk Constabulary.”

Darren Harris, Chairman of Suffolk Police Federation, said:  “It’s often said that police officers are never off duty and yet again this incident just proves that.

“Joanne was on her own, without any police kit and back up still some time away and she ran towards the danger to keep people safe. She is a credit to Suffolk Constabulary and we are very proud of her.”

Tim Passmore Police and Crime Commissioner, said:  “I’d like to express my hearty congratulations to Joanne, she thoroughly deserves this prestigious award.

“Suffolk should be very proud of Joanne. It just shows that our police officers are prepared step into a situation without hesitation even when they are off-duty.

“I’d like to add my personal thanks to Joanne for her dedication to helping to keep us safe”.

The awards are held by the Police Federation of England and Wales and sponsored by Police Mutual to recognise police officers who perform outstanding acts of bravery while on or off duty.