Student officers are continuing to gain vital training while still adhering to the government’s social distancing regulations, thanks to the support from Farlingaye High School in Woodbridge. 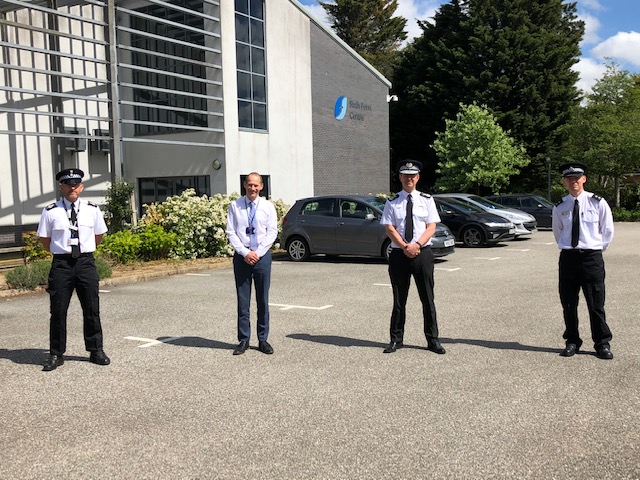 Since Monday 27 April, Suffolk’s newest recruits have been utilising the classroom space and common room within the school’s sixth form centre.

Former Farlingaye student and sergeant Jon Driver for Suffolk Constabulary said: “Since the social distancing rules were announced, it immediately became apparent that some of the constabulary’s classrooms were not big enough to accommodate our student officer cohorts.

“With this in mind, I approached Farlingaye High School to see if they could help while the school was temporarily closed and they were more than happy to.

“I am extremely grateful for the school’s continued and ongoing support in this unprecedented time and the space will not only protect our officers but will also enrich the type of training we can do there. For example, part of the training involves scenarios and other classroom-based exercises so to be able to continue their training as usual, is vitally important for their careers as police constables.”

Training will be delivered at both the school’s site and at Suffolk Constabulary’s police headquarters in Martlesham Heath over the coming weeks or until the school reopens.

Suffolk Constabulary’s Chief Constable Steve Jupp also visited the new recruits on Tuesday 5 May at the school to welcome them to the force.

Headteacher Andy Sievewright for Farlingaye High School said: “At Farlingaye we are always keen to support our local community and this seemed like an excellent opportunity to do just that, by helping with the development of vital frontline staff who will be serving our local community for years to come. We are delighted by the development of links between our organisations, which I am sure will be of mutual benefit moving forward.”

A total of 25 of the 54 officers funded by the government’s Uplift programme for this year to March 2021 have already been recruited into the force and are out on duty and serving their communities. 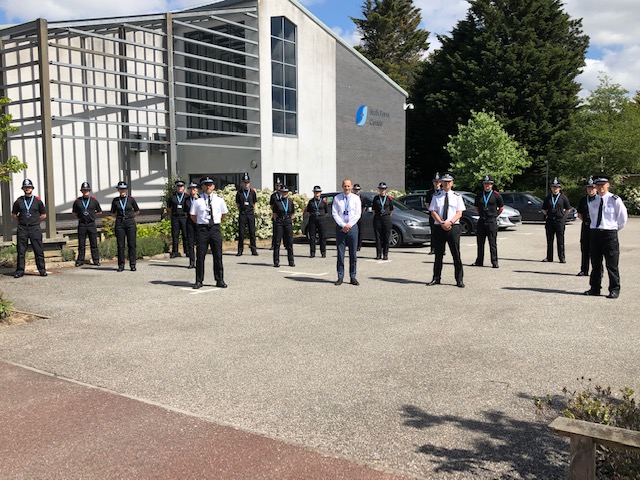 Recruitment into the police force continues despite the pandemic and these newly recruited officers in post enable the force to provide an even better service to the public, reducing crime and easing the pressure on officers and police staff.

Suffolk’s Police and Crime Commissioner Tim Passmore said: “The next three years will see an increased number of officers recruited into the force. In addition to replacing officers who have retired and resigned, Suffolk Constabulary is being funded by the government’s Uplift campaign to recruit an extra 162 officers over the next three years.

“The combination of this national Uplift, and the increase in officer numbers paid for by the council tax, will increase total numbers of officers by around 200 over the next three years. This will help improve visibility, detection rates and crime prevention, making Suffolk a much safer place in which to live and work, which is excellent news for homes and businesses across the county.

“Policing is a fantastic career and I would encourage anyone who is interested to visit the constabulary’s website to find out more.”

To find out what it takes to become a police constable and what training is required, visit: https://www.suffolk.police.uk/join-us/police-officers