A man from Diss has been jailed for eight weeks after being caught in the act of attempting to force open a key safe at a business premises in Ipswich. 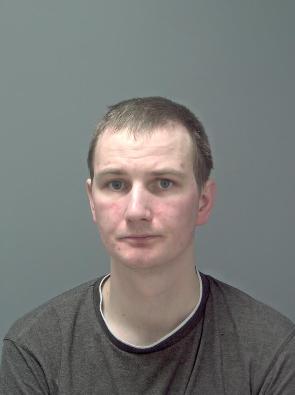 Liam Burns, 29, of Rose Lane, appeared before Ipswich Magistrates’ Court on Monday 10 February, where he was sentenced to eight weeks’ imprisonment for the offence of going equipped for theft and also ordered to pay £30 compensation.

The incident occurred between 9.45pm and 10.30pm on Saturday 8 February at Cool Beanz coffee shop in Russell Road.

Officers on patrol noticed two men near the business and one of the men was witnessed attempting to force a key safe open with a screwdriver.

The two men, aged 29 and 47, were arrested and were taken to Martlesham Police Investigation Centre, where they were questioned.

Burns was subsequently charged with going equipped for theft and was remanded.

A 47-year-old man was released in relation to the incident and no further action will be taken at this time.

Temporary sergeant Benjamin Towns said: “Liam Burns was quite literally caught red-handed by two officers who just happened to be on patrol at the time in the local vicinity.

“As the CCTV footage shows, Burns was completely unaware of the officers coming towards him but their quick response has resulted in a conviction and has stopped, what could have been, further expense for the business.”

CCTV footage of the incident can be viewed here: