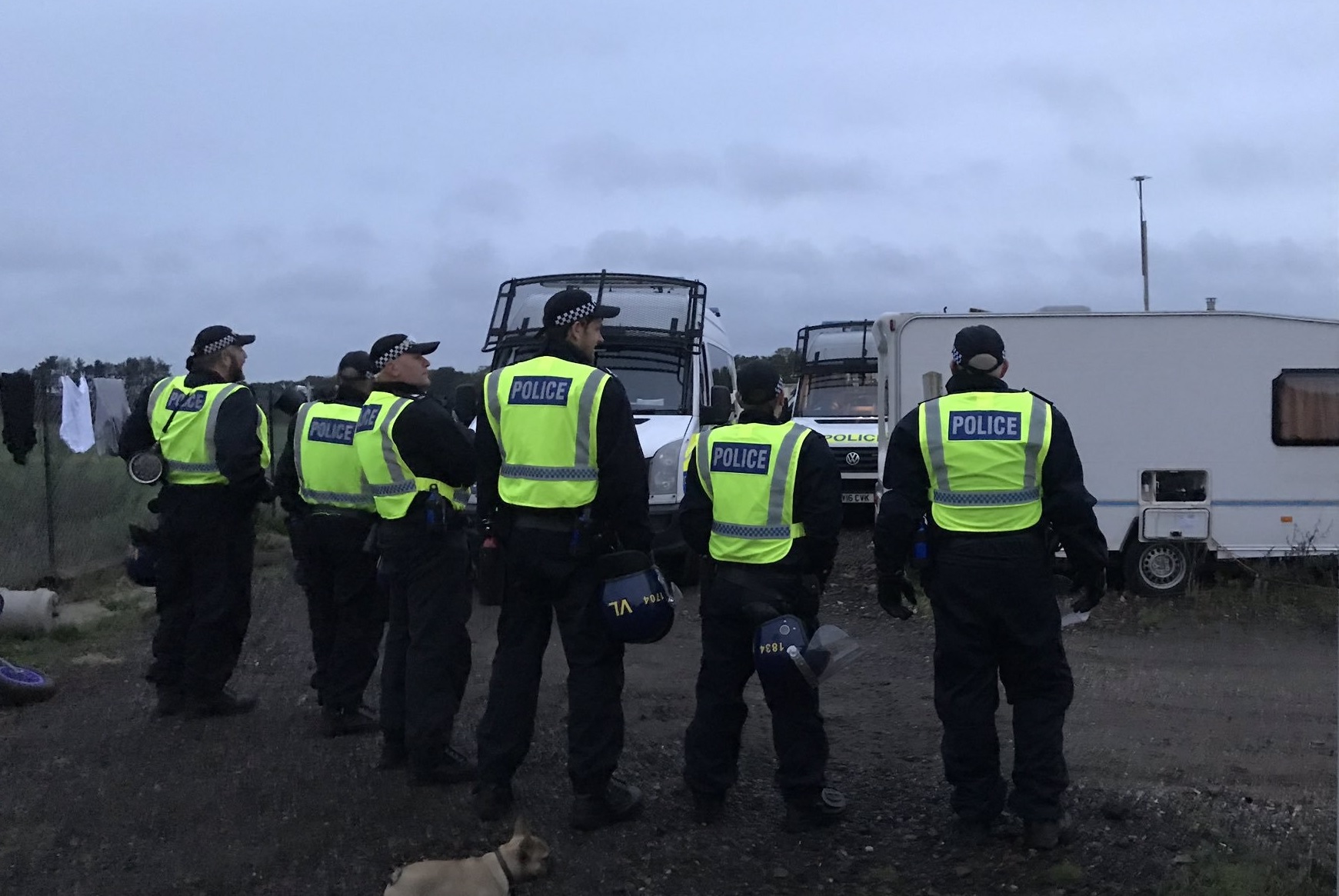 Six people were arrested during a pre-planned operation near Mildenhall this week, which involved four police forces and formed part of an investigation into a series of burglaries across southern England.

On Wednesday 16 October almost 100 police officers executed search warrants at a caravan site in Red Lodge, where jewellery, cash and a large amount of property suspected to be stolen was recovered. Eight stolen caravans were also seized from the site.

Five men, aged 25, 23, 22, 21 and 19, along with a 17-year-old boy, were all arrested at the site on suspicion of conspiracy to commit burglary and taken to Bury St Edmunds Police Investigation Centre for questioning. They have been bailed until Sunday 10 November pending further enquires.

This is part of an investigation into an organised crime group which is suspected of having committed in excess of 150 burglaries and robberies across East Anglia, London and the Home Counties since October 2018.

Large amounts of jewellery, cash, firearms and high value cars have been stolen and in some cases the occupants were at home when the group struck and were forced to hand over jewellery and money.

The operation in Red Lodge was supported by the Metropolitan Police, who carried out searches of linked properties in London and arrested a further suspect.  A large amount of property suspected to be stolen was recovered in London.

Norfolk Constabulary and Cambridgeshire Police also assisted in the operation.

The investigation into the burglary series is ongoing and detectives are appealing for anyone who has any information they believe may be relevant - and who has not spoken to police so far - to contact them directly be either emailing [email protected] or by calling 101 and asking for West CID at Bury St Edmunds Police Station.

As the nights draw in, police would like to take the opportunity to remind the public to leave lights on and keep doors and windows locked.  Anyone hearing or seeing suspicious persons or vehicles is encouraged to call police immediately on 999.