Man sentenced after coughing in faces of police officers

A 22-year-old man has been jailed for 16 weeks after he claimed he had coronavirus and coughed in the faces of two officers. 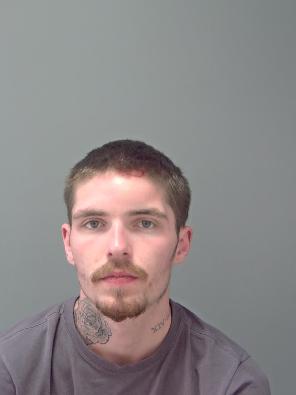 Billy Wilson, of no fixed address, appeared before Ipswich Magistrates’ Court yesterday, Thursday 16 April, where he pleaded guilty and was sentenced for two offences of common assault on an emergency worker.

Wilson was arrested on Wednesday 15 April, in connection with a road traffic collision in Sutton and was taken to Martlesham Police Investigation Centre where he was questioned and later charged.

While in custody, he coughed in the faces of two police officers after falsely claiming he had coronavirus.

Wilson was also sentenced to four weeks’ imprisonment, to run concurrently with the 16-week sentence for failing to provide a specimen of breath for analysis. In addition, he was banned from driving for 52 months and ordered to pay £140 in compensation costs.

County Policing Commander for Suffolk Chief Superintendent Marina Ericson said: "Assaults or abuse on emergency service workers is absolutely unacceptable and we will not tolerate this type of behaviour.

“Our officers and other frontline staff are working extremely hard to support the government at this unprecedented time and we will continue to take action against a small minority who choose to put other lives at risk.

“This sentence reflects the seriousness of this crime and should also act as a warning to anyone contemplating acting in such an anti-social and dangerous manner.”

Suffolk’s Police and Crime Commissioner Tim Passmore said: “This sort of behaviour is disgraceful particularly when times are so difficult with this pandemic.

“This sentencing should remind anybody who chooses to behave in such an uncivilised way that their inexcusable actions will, quite rightly, result in prosecution.”