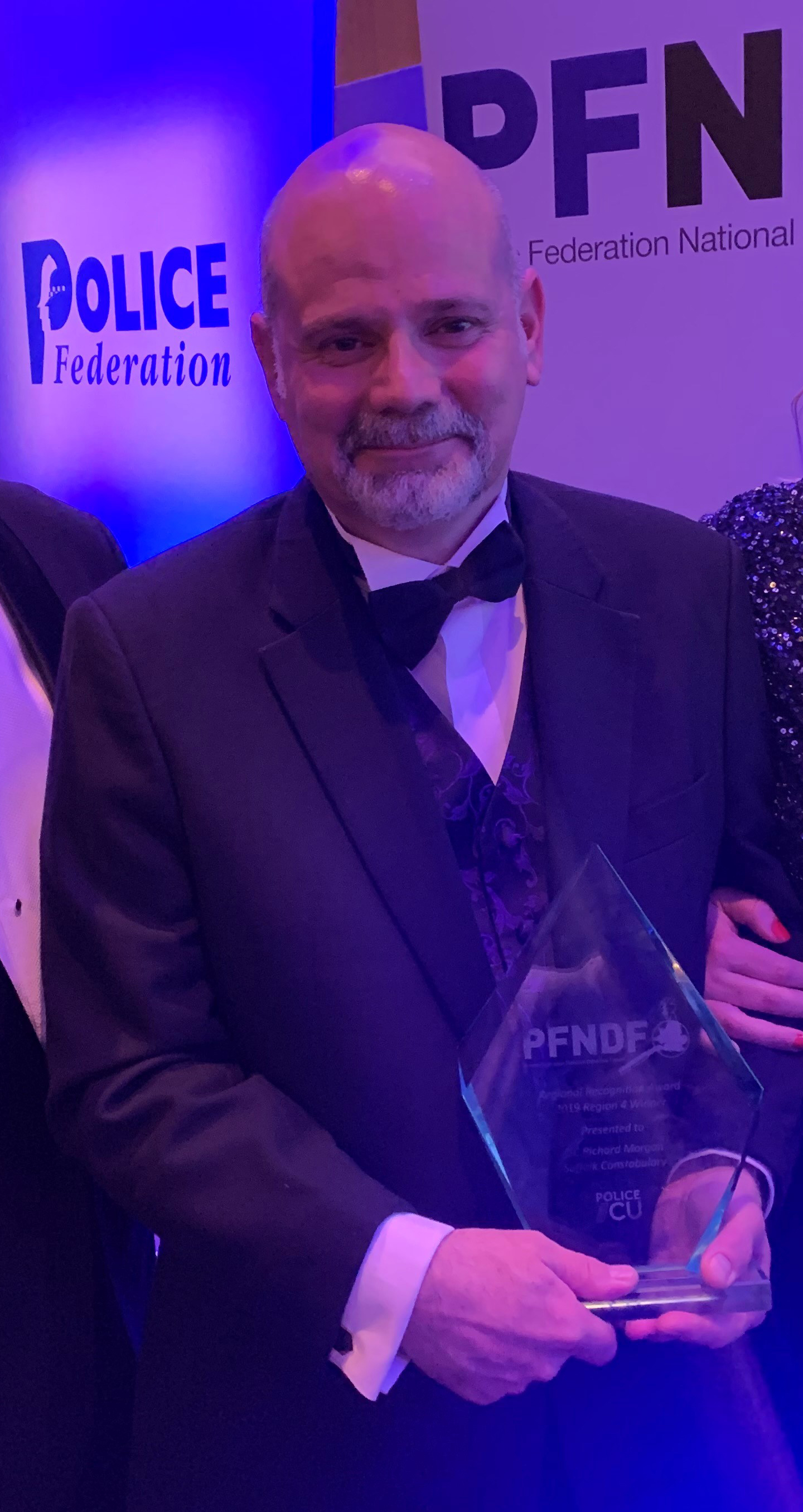 DC Richard Morgan from the Joint Major Investigation Team won a Detective Recognition Award that is given to officers who make outstanding contributions to detective policing, often behind the scenes.

Richard has been an enquiry DC within the MIT for the past five years. In more recent times Richard has dedicated himself as the OIC to a number of significant investigations as well as supporting the department as an enquiry officer.

Over the past three and a half years he has been heavily involved in investigating and playing a key role in a number of high profile crimes.

Richard worked on a murder case in Felixstowe where Shaun Ryan was convicted of the murder of his wife that took place in April 2016. This case ran on until January 2019 and throughout this time Richard was unwavering in his commitment to supporting the case. He also received a commendation by the prosecution expert on his knowledge of the offender’s history.  Ryan was convicted for 12 years, extended by a further five years due to the level of violence used.

He was also involved in the murder investigation of Tavis Spencer-Aitkens where, after completing an interview advisors course, he was able to provide interview support to his colleagues in relation to the case. Five people were jailed for a combined total of 104 years. At the same time he also took on investigator role in the case of an attempted murder where a 16 year old was stabbed in Ipswich and which resulted in an 18 year old sentenced to 21 months in a young offenders institute.

DC Morgan said: "I was very surprised and privileged to receive this award. I could not do my work without the support of all the team on the JMIT. I am humbled and honoured by this nomination.

Detective Chief Inspector Mike Brown who nominated Richard said: "Richard has over the past three and a half years continually put himself forward to take on the roles as described above and has been active in that time not only in his own development but also the introduction of an internal newsletter to provide learning and sharing updated within the Joint Major investigation team.

"His work rate and attention to detail is quite simply phenomenal and the recognition is just reward for his efforts.”

Suffolk Police Federation General Secretary Ben Hudson said: "It was fantastic to see Richard recognised for the exceptional work that he continually produces.

"The recognition award is a very special one for any detective to win as it is effectively our ‘players, player’s’ award and I know that Richard’s colleagues within our major Investigation team are delighted that he has received this award too."

Assistant Chief Constable Simon Megicks said: "I am extremely pleased to see that Richard has been recognised at a such prestigious national event. Richard’s award demonstrates the clear value and importance of having quality detectives across the organisation investigating crime.”