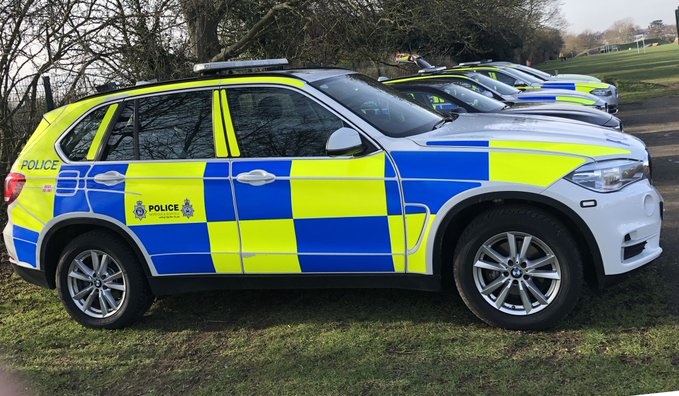 Six people were arrested and over 80 vehicles were checked during a multi-agency day of action in Newmarket.

The operation took place yesterday, Wednesday 13 February, with the aim of disrupting and frustrating the activities of criminals, including organised crime groups, who commit offences across county borders whilst using the road network.

Vehicles identified as being potentially involved in criminality were brought back to a check site at The Meadows Car Park off the A142, where police and partner agencies conducted checks of the vehicles and occupants.

83 vehicles were escorted back to the site, with just eight leaving clear of any offences.

Six men were arrested and taken to Bury St Edmunds Police Investigation Centre for questioning. Their details are as follows:

The five suspected drug-drivers were all released under investigation pending further enquiries.

Two people were reported for a summons to court, one for possession of cannabis and one for driving whilst disqualified.

59 Traffic Offence Reports were issued as follows: 13 for no insurance; 14 for no MOT; seven for not wearing a seatbelt; six for driving whilst using a mobile phone; five for incorrectly registered vehicles; five for number plate offences; four for defective tyres; two for dangerous condition; and one each for excess speed; driving without a licence; and defective lights.

Three graduated fixed penalty notices were issued for no insurance, no MOT and an incorrectly registered vehicle, resulting in roadside fines of £700.

10 vehicles were seized as a result of having no insurance and three vehicle defect rectifications were issued.

The DVSA issued eight immediate prohibitions, taking those vehicles off the road straight away; eight delayed prohibitions; and 34 advisory notices.

The Safety Camera Team detected 101 speeding offences, 90 of which were on the A14 at locations in Newmarket in Exning; with the remainder caught on Cotton End Lane and Burwell Road in Exning; and Bury Road and Barbara Stardbroke Avenue in Newmarket.

Sergeant Julian Ditcham, of the Roads and Armed Policing Team, said: “This was another excellent day of action and the fact that offences were found in connection with 75 of the 83 vehicles brought back to the check site, displays how important it is that we carry-out these operations.

“It is staggering how many people continue to either get behind the wheel of a vehicle and commit offences whilst driving, or continue to drive vehicles with defects. They are a significant danger to other road users and are gambling with peoples’ lives.

“We will continue to hold these operations on a regular basis, both to target any criminals who may be travelling through Suffolk, but also to remove unsafe vehicles and people driving illegally, making our roads and county as a whole safer for everyone.”