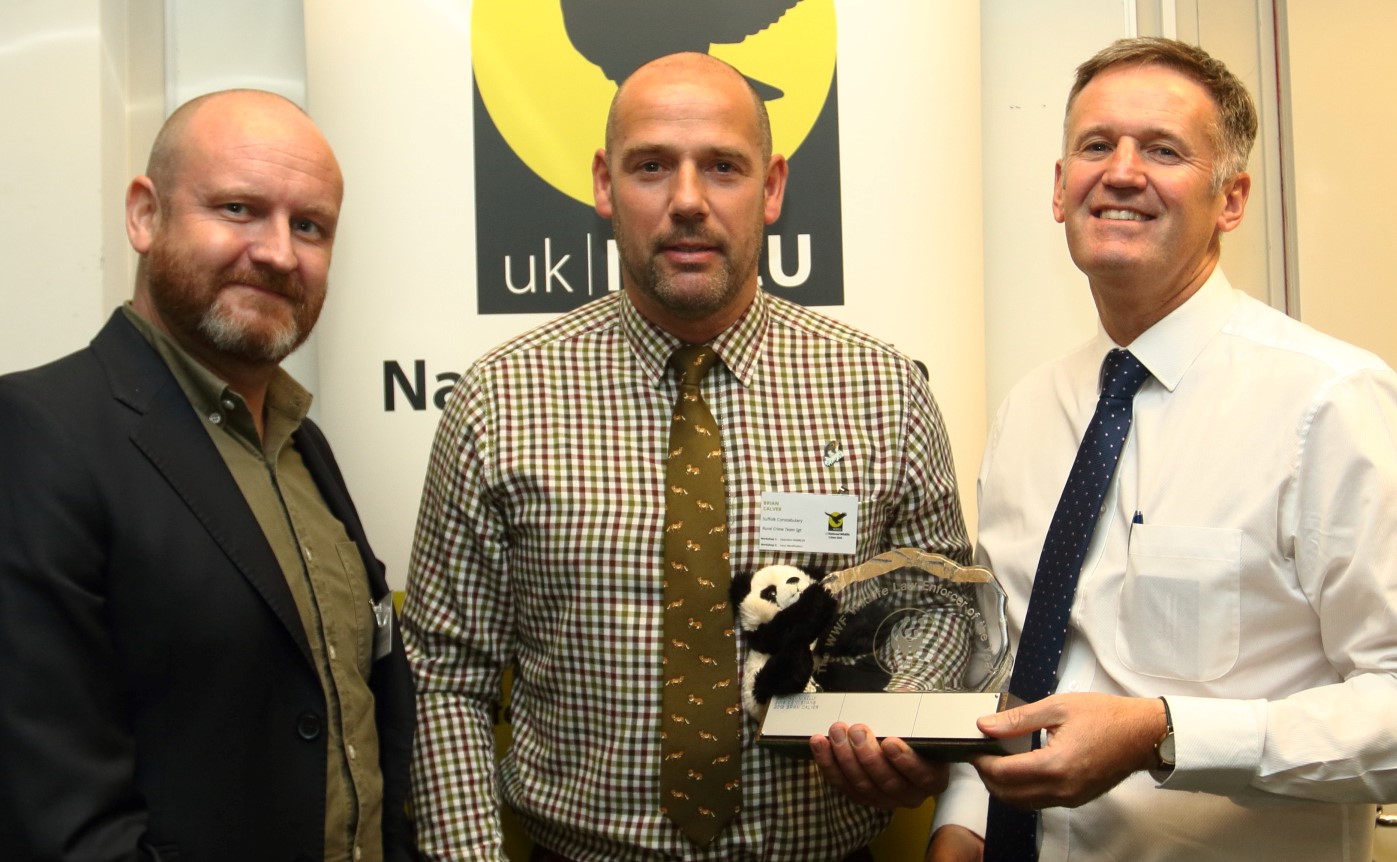 Sergeant Brian Calver from Suffolk Constabulary’s Rural Crime Team has won the national title of ‘Wildlife Enforcer of the Year 2019.'

The annual award is presented by the Partnership for Action against Wildlife Crime (PAW), and is sponsored by WWF (World Wide Fund for Nature). In its 31st year the prize is awarded in  recognition of the outstanding work of wildlife law enforcement officers in the UK, to raise awareness of threats to our native wildlife through criminal activity.

"I am very honoured to receive this prestigious award and would like to thank my team for their continuing support. I would also like to express my grateful thanks to all the vigilant members of the public who report suspected wildlife crimes. Animals  depend on us to act on their behalf, to look out for them and protect our British wildlife for future generations."

Paul De Ornellas, Chief Wildlife Adviser at WWF who was on the judging panel and presented the awards at a special ceremony in Milton Keynes said,

"With wildlife crime on the rise, the job of protecting nature is ever more important, which is why the officers on the frontline deserve recognition.

Preventing crime and bringing to justice the criminals who target wildlife for profit is no easy task; these awards raise awareness of the issue and highlight the crucial role of law enforcers in protecting UK nature.”

"This award given to Sgt Calver demonstrates the commitment he and his team give to protecting Suffolk’s wildlife recognises nationally the contribution Suffolk police play in protecting our natural wildlife and is well deserved. Wildlife crime is just part of the Constabulary’s response to rural crime and shows the importance placed on protecting our rural communities."