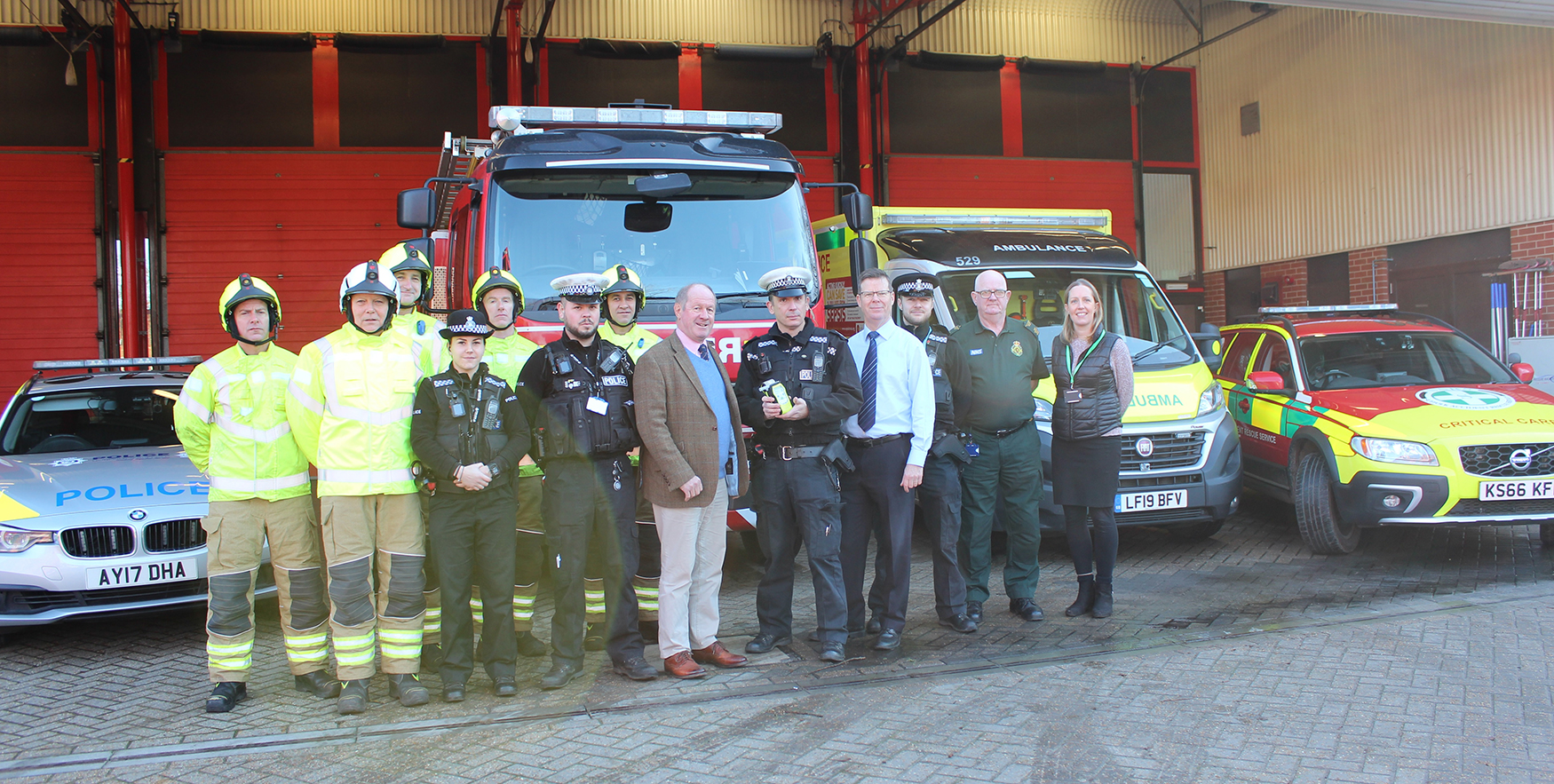 Over 670 people were stopped and/or tested by police in Suffolk during the annual Christmas drink and drug drive campaign, with 170 drivers arrested.

The month-long initiative, which ran between 1 December 2019 and 1 January 2020 targeted drivers getting behind the wheel under the influence of alcohol and drugs. Additional patrols and roadside checks were carried out, with almost 25% of those tested failing.

In Suffolk, 562 breath tests were carried out with 67 drivers providing positive readings. Of the 82 drug tests conducted, 76 drivers failed. In addition, 10 people failed to provide a specimen and 17 people were arrested for being unfit to drive through drink and drugs.

Chief Inspector Kris Barnard, Head of the Joint Norfolk and Suffolk Roads and Armed Policing Team, said: "It’s disappointing to see that people are still prepared to take the risk and get behind the wheel under the influence of alcohol or drugs.

"These people not only risk their own lives but the lives of others. We have first-hand experience of having to deliver the devastating news to the families of those involved in fatal collisions that their loved ones have died. We would not wish this on anyone which is why we work hard throughout the year to tackle these crimes.

“Driving under the influence of drugs or alcohol impairs your judgement, making your reactions slower and therefore increases the chances of being involved in a collision. The results from this year’s campaign show that we will target those who pose a danger to themselves and others on our roads and that they will be dealt with.”

Suffolk’s Police and Crime Commissioner, Tim Passmore, said: “I’m absolutely horrified that so many motorists believe it is acceptable to drive when under the influence of drugs and alcohol. This cavalier and selfish attitude to other people’s safety is unforgivable.

“Sadly the data shows these campaigns are necessary to help keep our roads safe and bring this minority of road users who choose to flout the law, to justice.

“For those selfish motorists who consider themselves above the law, my question is how would you feel if it was one of your family or friends who was either killed, or maimed for the rest of the lives, by a driver under the influence of drink and/or drugs?”

The county’s emergency services and road safety officials have joined together to launch this year’s Christmas drink and drug driving campaign, highlighting the full ramifications that driving whilst under the influence can have.

The annual initiative which began yesterday, Sunday 1 December, and runs until Wednesday 1 January, will see officers carrying-out roadside checks throughout the day and night – including early morning checks – as well as intelligence-led enforcement activity.

This morning, Monday 2 December, officers from the Roads and Armed Policing Team were joined by their Suffolk Roadsafe Board partners - with representatives from Suffolk Fire and Rescue Service, the East of England Ambulance Service and Suffolk County Council - to launch the campaign at the joint Fire and Ambulance Station in Bury St Edmunds.

Also in attendance at the event were the Suffolk Accident Rescue Service (SARS), who are a voluntary emergency medical charity that provides specialist clinicians to assist the East of England Ambulance Service at the scenes of incidents where patients require an enhanced level of medical care before they reach hospital.

Motorists under the influence of alcohol or drugs is a contributary factor to a vast number of serious or fatal road traffic collisions, which can very easily result in all of the emergency services present at today’s launch having to attend the scene.

Suffolk Police is encouraging members of the public to provide them with intelligence about potential offenders to help officers identify who they are, so they can take appropriate action and prevent such collisions from occurring.

For the first time this year, an online portal has been set-up to enable members of the public to report any concerns relating to suspected drink or drug-driving directly to the Roads and Armed Policing Team. Those that would prefer to do this anonymously can still contact Crimestoppers as in previous years.

Specific time slots have once again been reserved at Ipswich and Norwich Magistrates’ Courts to deal with those caught drink-driving. This effectively means that offenders could lose their driving licence within 24 hours of being breathalysed whilst facing additional fines.

Chief Inspector Kris Barnard, head of the Joint Norfolk and Suffolk Roads and Armed Policing Team, said: "We want everyone to enjoy a safe and happy festive season and so this is one of our most important annual campaigns. Despite our constant warnings and the publicity around the dangers and consequences of drink and drug-driving, too many people are still prepared to put their lives and those of other road users at risk.

“Driving whilst under the influence of drink or drugs is not a victimless act. Our officers and colleagues from across the emergency services have attended numerous collisions in which people have been seriously injured or killed, where alcohol or illegal substances have been the cause of the incident.

“Visiting the family of a serious collision victim to tell them their loved one has died or has been taken to hospital in a critical condition is perhaps the most difficult task our officers have to undertake. It is a terrible thing to have to tell people at any time of the year, but even more so at Christmas.

“Our message is simple, don’t take the risk – it’s not worth it. The worst-case scenario is that you are responsible for killing someone, ruining the lives of dozens of that person’s friends and family and a lengthy prison term to contemplate your actions.

“However, for the majority of people caught drink or drug-driving, the punishment will be a minimum 12 to 18-month ban, a substantial fine, and for some people the financial consequences could be more severe if losing their licence also means losing their job.”

Mike Motteram, Road Safety, Speed and Traffic Manager at Suffolk County Council and Suffolk Roadsafe board member, said: “We've got to keep hammering the message home. If you have had a tipple, a drop, a little bit to drink, do not take the risk because you are going to be endangering yourself and other road users. Drivers are 23 times more likely to be involved in a fatal collision if they are under the influence of alcohol or drugs when driving.

“Drivers don’t always recognise when their decision making is impaired through drink. If friends and family members are concerned, they need to be pro-active.  Take away the keys, call a cab or offer them a lift home. You may just save someone’s life.”

Three people were arrested in Suffolk on suspicion of drink-driving on the first day of the campaign yesterday. They have all been charged and bailed to appear before magistrates tomorrow, Tuesday 3 December, as follows:

Anyone with information or intelligence about drink or drug driving can now submit this online via the portal link here: https://mipp.police.uk/operation/363719P01-PO1

In case of an emergency, or if you believe a crime is in progress, always dial 999.

Follow the Joint Norfolk & Suffolk Roads and Armed Policing Team on Twitter @NSRAPT for updates throughout the campaign.

You can also search #SuffolkSaferChristmas for information on other police safety initiatives running throughout December.