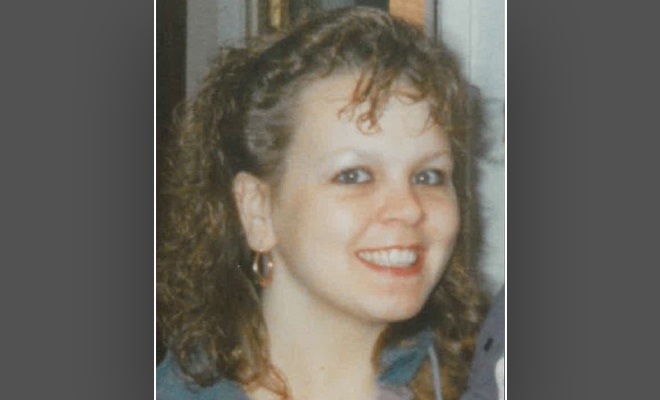 Today marks the 25th anniversary of the disappearance of a 26-year-old woman who was last seen in Ipswich, as police renew appeals for people to come forward with information.

Amanda Duncan went missing on the night of the Friday 2 July 1993, with the last reported sightings of her between 11.30pm and midnight in the area of Portman Road and Portman’s Walk (now Sir Alf Ramsey Way).

She was reported as missing to police the following day, Saturday 3 July, after her sister went to visit her at her home address in Balliol Close, Woodbridge, only to find Amanda’s nine-month-old baby alone in the house.

At around midday on Friday 2 July, Amanda had left her three-year-old son in the care of her parents and her nine-month-old son with her boyfriend. She then was taken to the Portman Road area of Ipswich where she had been working in the red light district.

Despite significant media coverage - both locally and nationally - and extensive police enquiries and searches, Amanda has not been found.

On the occasion of the 25th anniversary of Amanda’s disappearance police are appealing for anyone who may have information to make contact, in the hope of opening some new lines of enquiry.

At the height of the investigation a team of 20 officers worked on the case, taking 243 witness statements, conducting house to house enquiries and carrying-out searches of addresses in areas known to be frequented by Amanda. There was also assistance from the Norfolk Constabulary Dive Team, who searched the River Gipping in Ipswich.

The description of Amanda at the time of her disappearance was as follows: white, 5ft 7in tall, of medium build, with fair shoulder length hair. She had a distinctive heart shaped tattoo on her upper left arm and when last seen she was wearing a black leather bomber jacket, a pink knee-length dress, with no sleeves, and a gold cross and chain.

On the night Amanda went missing she visited an address in London Road, Ipswich at around 11.10pm. Around the time of her disappearance, Amanda was involved in the misuse of drugs and it was understood she visited the house with the intention of buying some. She agreed to return to the house and finalise the purchase later that night.

Amanda was taken to Portman Road by car and dropped off at 11.30pm and there were many sightings of her during that evening in the area. She did not return to the house as previously arranged.

She was seen speaking to the driver of a dark-coloured Ford Sierra, possibly green or blue, at about midnight in Portman’s Walk. This vehicle and the driver have never been traced.

Appeals were also issued to trace a second vehicle - a red Ford Orion - which was seen in Portman’s Walk at 11.50pm, with a noisy exhaust or engine and driven by a white man aged between 25-30 years-old. Police are now satisfied that they have identified this vehicle and eliminated the driver from the investigation.

Andy Guy, the Major Crime Review and Unsolved Case Manager, from the Joint Norfolk and Suffolk Major Investigation Team, said: “At the 25th anniversary of Amanda Duncan’s disappearance, it is right we again seek information from the public that may be known but has never been communicated to the police.

“Amanda was involved in two high-risk activities: the use of Class A drugs; and sex work. I believe there are people out there who were involved in those activities and who know, or strongly suspect, what happened to Amanda.

“Despite appeals at the time she went missing, and on a number of occasions since, many of Amanda’s clients have not come forward and there was little information from those that had knowledge of her drug taking and who she was involved with.

“I can guarantee to any of those individuals that have so far resisted speaking to us, that their information will be treated confidentially, but if they are not comfortable dealing with the police directly they can contact Crimestoppers anonymously instead.

“Over the years there has been much speculation and we have heard many rumours about what might have happened to Amanda. At this significant anniversary since she was last seen, I would ask those who have information to do the right thing and help us to resolve the suspicious disappearance of a mother who left behind two very young children and a heartbroken family.”

Anyone who believes they may have information which could assist with this investigation should contact the Joint Norfolk and Suffolk Major Crime Review Team on 01953 423819 or email: [email protected].

Alternatively you can call the charity Crimestoppers anonymously on 0800 555 111.