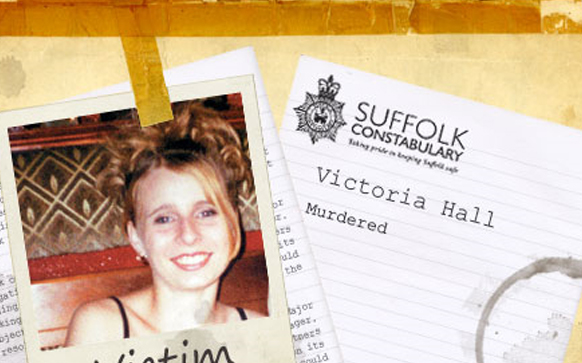 On Saturday 18 September 1999, 17-year-old Victoria Hall had a night out in Felixstowe with a friend. They went to the Bandbox nightclub, leaving the club at about 1am in the morning and started their walk home. They separated at about 2.20am, close to Victoria’s home – but Victoria never made it home. Her parents reported her missing on the morning of Sunday 19 September when they found that she had not returned.

Police launched an investigation, which was quickly elevated from a missing person enquiry into a murder enquiry. The investigation attracted large scale media interest, resulting in thousands of calls being received by Police, giving information and possible sightings.

On Friday 24 September 1999 a dog walker in Creeting St Peter, near Stowmarket saw what he initially thought was a dummy in a ditch and a report was made to the Police who discovered this to be the body of Victoria Hall.

Following an exhaustive investigation, a suspect was arrested on 18 December 2000 who was subsequently charged with Victoria’s murder. He appeared in court in November 2001 where evidence was presented which relied heavily on the geological soil samples, a science over which both the prosecution and defence argued vociferously. The jury returned a Not Guilty verdict and the suspect was acquitted.